Honda cuts the price of this motorcycle by Rs 1 lakh, know what is the new price 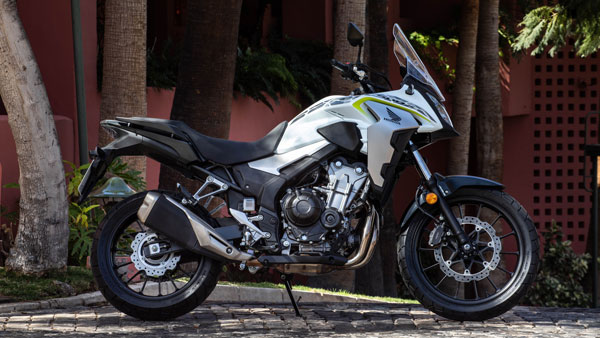 Honda updated its 500cc line-up in Europe a few months back, which also includes the CB500X. The updated model is expected to be launched in India this year, and the recent price cut is because Honda is looking to liquidate the existing stock before the updated model arrives.

The Honda CB500X comes to India as a Completely Knocked Down (CKD) unit and is assembled at the company’s local facility. The motorcycle is also sold through the company’s premium dealership network, Honda BigWing. The bike is currently available in two color options – Grand Prix Red and Matte Gunpowder Black Metallic.

Coming to the engine, the motorcycle is powered by a 471 cc parallel twin cylinder, 8 valve liquid cooled engine. This engine generates 47 bhp power at 8,500 rpm and peak torque of 43.2 Nm at 6,500 rpm. The engine is mated to a 6-speed gearbox. The Honda CB500X also gets an assist and slipper clutch.

The design of the Honda CB500X is inspired by the larger Africa Twin, which comes with an aggressive sporty look. It gets multi-spoke cast aluminum wheels with full-LED headlight and taillight, wide handlebars, a tall windscreen, 19-inch front and 17-inch rear tyres.

The bike has telescopic forks at the front and monoshock suspension at the rear. It comes with dual disc brakes and dual channel ABS for better braking performance.

Honda Motorcycle & Scooter India completed 10 million Honda Shine bike sales in India last month. The company said that Honda Shine has a 50 percent share in the 125cc bike segment in India and it will increase even more in the coming times. Honda Shine 125, leading the Indian market with a 29 per cent year-on-year sales growth, has become the most preferred 125cc bike amongst the customers.

With this, the company started production in December last year at its fourth plant in Vitthalpur, Gujarat. Japanese bike maker Honda is manufacturing engines of 250cc and above capacity at this plant for the domestic and international markets. Products from this plant will be shipped to many countries including Thailand, the United States, Canada, Europe, Japan, Australia and the Gulf.