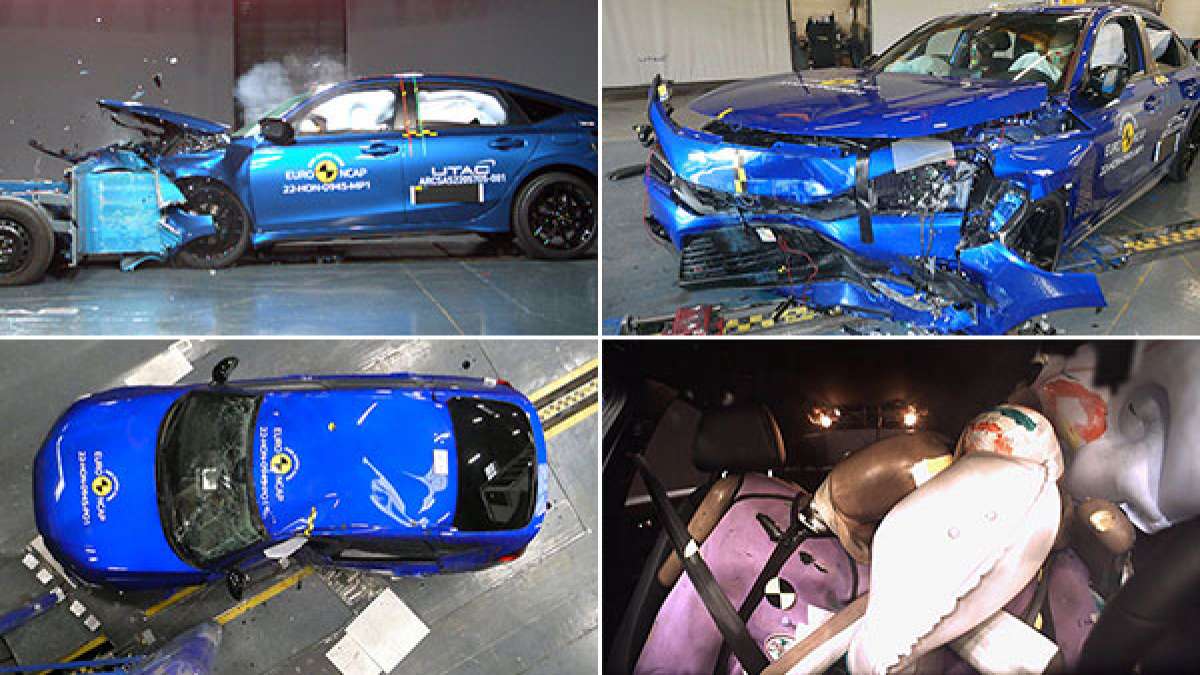 Honda Civic E: The HEV has received a Euro NCAP safety crash test 5- rating. It got a full score of 13.6 out of 16 points in frontal impact and 16 points in lateral impact for adult passenger safety.

However, the Euro NCAP safety crash test covered model gets a total of 11 airbags as standard and this model is not sold in India. The tested Honda Civic E:HEV includes knee airbags for both front occupants, which protect the front and rear to reduce injury during a front impact and side airbags.

While the Civic sold in India only gets 6 airbags. There is also a front center airbag that prevents a collision between the driver and front passenger in the first instance during a side impact.

The 11th generation Civic also gets front door stiffeners and rear wheel arch frames to improve side impact performance. These are attached to a full-width brace that supports the joining edge between the floor and the resin bulkhead.

In the child occupant protection category too, the car scored 13 out of 16 in frontal impact and 16 out of 16 in lateral impact, thanks to the integrated ISOFIX mounting points that conform to the new European i-Size standards.

The new Civic also gets a wider 100-degree view camera and forward collision warning system. The Honda Civic has joined the family of CR-V and Jazz to get the maximum five star score from Euro NCAP.

Malfunctions found in more than 9125 cars of Maruti, from Brezza to Vitara