Honda City Hybrid will be launched in only two trims, mileage will be 30 kmpl 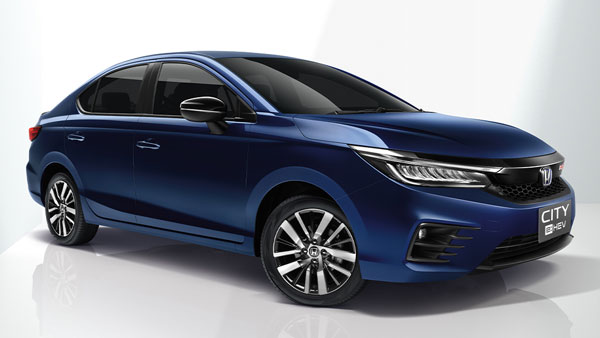 As per the document that has surfaced, the Honda City Hybrid will be offered in two trims – V and ZX. The top-spec ZX variant will also get ‘Sensing’ or Honda-spec for Advanced Driver Assistance Systems (ADAS). According to this document, the Honda City Hybrid has been given the same setup as the Thai-spec model.

Like most hybrid cars in the market, the Honda City Hybrid can only be driven in EV mode or a combination of both. The Honda City Hybrid is expected to deliver a mileage of around 30 kmpl in India or around 10 kmpl more than the Maruti Suzuki Ciaz mild-hybrid AT.

For your information, let us tell you that the Maruti Suzuki Ciaz mild-hybrid AT is one of the most fuel-efficient models in this segment. Talking about other features found in it, Honda’s sensing technology can be seen in it, which includes many great features.

This sensing technology of the company gets features like Adaptive Cruise Control, Lane Keeping Assist, Road Departure Mitigation System, Blindspot Detection System and Collision Mitigation Braking System. If you look at the document that has surfaced, then all these features are going to be available in Honda City Hybrid.

Apart from this, Honda may also offer a sportier RS ​​version without the RS badging as an add-on package. Due to this package, it will get smaller sportier embellishments like blacked-out grille, ORVMs, rear spoiler and red highlights inside the cabin.

Currently, Honda City is being sold in petrol and diesel variants. Let us tell you that the Honda City Hybrid was to be launched in February this year, but due to the restrictions of the Corona epidemic, the launch was postponed. Talking about the price, this car can be launched at a price of Rs 18 lakh (ex-showroom).