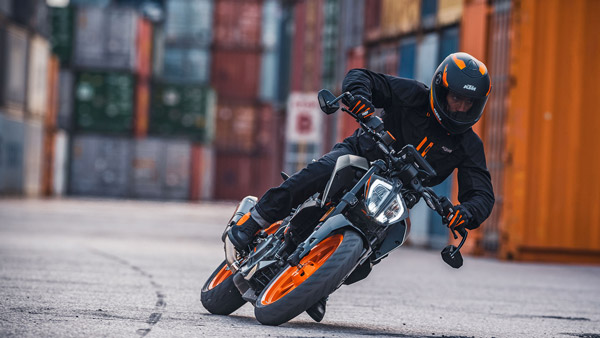 The Honda CB300F may remind you of the beefed-up Honda Hornet 2.0, but Honda says the design of the CB300F is inspired by the Honda CB500F. This new naked streetfighter from Honda has been introduced in two variants – Deluxe and Deluxe Pro, which are priced at Rs 2.25 lakh and Rs 2.28 lakh respectively.

In this price range, the Honda CB300F competes in a segment that includes popular products like the KTM Duke 390 and BMW G310R. Here we are going to tell you which one is better among these motorcycles in terms of specification.

The newly launched Honda CB300F uses the same 293 cc, 4-valve, oil-cooled, SOHC engine that churns out 24 Bhp of power and 25.6 Nm of peak torque. Transmission duties are handled by a 6-speed manual gearbox with slipper and assist clutch.

Dual-channel ABS is standard on both the Honda CB300F and BMW G310R, while the KTM Duke 390 gets a switchable Supermoto mode. Coming to the numbers, the KTM Duke 390 is clearly the most powerful motorcycle in terms of power figure.

Not only does it get a massive 373.2 cc engine, but it also offers the highest power output of 41 Bhp. After the KTM, there is the BMW G310R, which gets the second largest engine in the competition which is of 313 cc and delivers a maximum power of 33 bhp.

The cooling system is also different in all the three motorcycles. The KTM Duke 390 engine comes with a liquid-cooled system, while the Honda CB300F engine is oil-cooled and the BMW G310R engine is water-cooled. However, the gear car ratio remains the same for all three motorcycles at 6-speed.