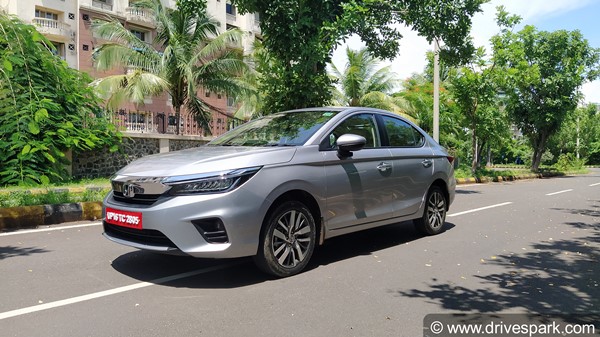 The company is bringing many new models soon

Honda has revealed the date for the launch of the new City sedan in the Indian market. The Honda City Hybrid model will be officially introduced in the Indian market on April 14. This is going to be Honda’s biggest launch of the year. Currently, the Honda City is made available in petrol and diesel variants. Let us tell you that the Honda City Hybrid was to be launched in February this year, but due to the restrictions of the Corona epidemic, the launch was postponed.

This will be Honda’s first car in India that will be packed with many safety features. Due to this, the price of Honda City Hybrid will also be higher than its other variants. The company may sell it as the top variant of the City sedan in India. The engine of the new Honda City is going to be very special. It is a hybrid engine that uses Honda’s i-MMD hybrid technology.

Honda has released the teaser of its upcoming crossover SUV Honda HR-V. The company is going to reveal its new SUV on April 4, after which it will be launched at the New York Auto Show 2022. The teaser image released shows the LED taillight and badging of the Honda HR-V.

Apart from the teaser picture, Honda has not revealed any information about the upcoming crossover SUV. However, the company had released the sketch of this SUV in January 2022, in which the design information of this SUV was revealed. As per the design sketch, the Honda HR-V gets a new front grille which is completely different from the company’s signature grille. Apart from this, the car has been given a large airdam which has a mesh design grille.

The company’s sales are continuously declining every month and the main reason for this is that the company is not present in the popular segment and in such a situation, sales are coming down. Now the company is coming with many models, now it has to be seen how better the sales are.