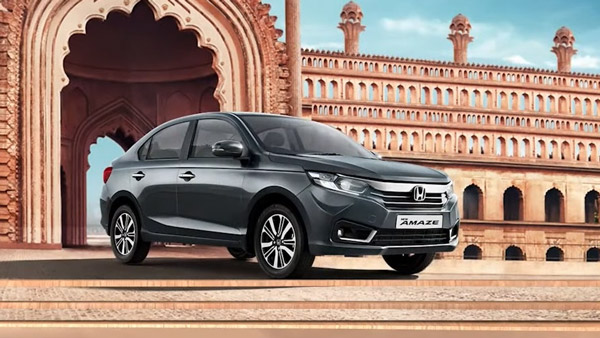 Currently, Honda is selling the second generation Amaze sedan. This is the company’s best selling model in India. Honda Amaze contributes 40% to the total sales of the company’s cars. The company also said that 40% of Honda Amaze customers are first-time car buyers. The sales of Amaze is 40% from tier-1 cities while 60% sales are being achieved from tier-2 and tier-3 cities.

Takuya Sumara, President and CEO, Honda Cars India said that the biggest reason for Amaze’s popularity is its engine performance as well as low maintenance cost. Because of this, it is being preferred more by middle class families in small towns. The company also gives a warranty of unlimited kilometers on the Amaze for 3 years.

According to the data, while the market share of Honda Amaze was only 9% in 2013, it has increased to more than 30% in 2022. The petrol variants of Honda Amaze are being liked by the customers. Of the 100 cars sold by Honda Amaze, 93 cars are petrol models.

The current generation Honda Amaze comes with many modern features, modern cabin and updated design. Amaze is made available in both petrol and diesel engines. The car is available in 1.2L i-VTEC petrol engine and 1.5L i-DTEC diesel engine with automatic and manual gearboxes.

Recently Honda Powerpack Energy India Private Limited (HEID), a subsidiary of Honda Group, in association with Hindustan Petroleum Corporation Limited (HPCL) has launched its first battery swapping service in the country. This service has been started from 6th August at stations of Hindustan Petroleum.

Honda says that with the introduction of this service, the initial price of electric three-wheelers will come down. Since the battery will be available to the electric rickshaw drivers at the swap station itself, they will not need to buy the rickshaw with the battery, making it economical to buy an electric rickshaw. Honda is going to start this service in Bangalore initially. After the successful completion of this battery service model, it will be launched in other metros.