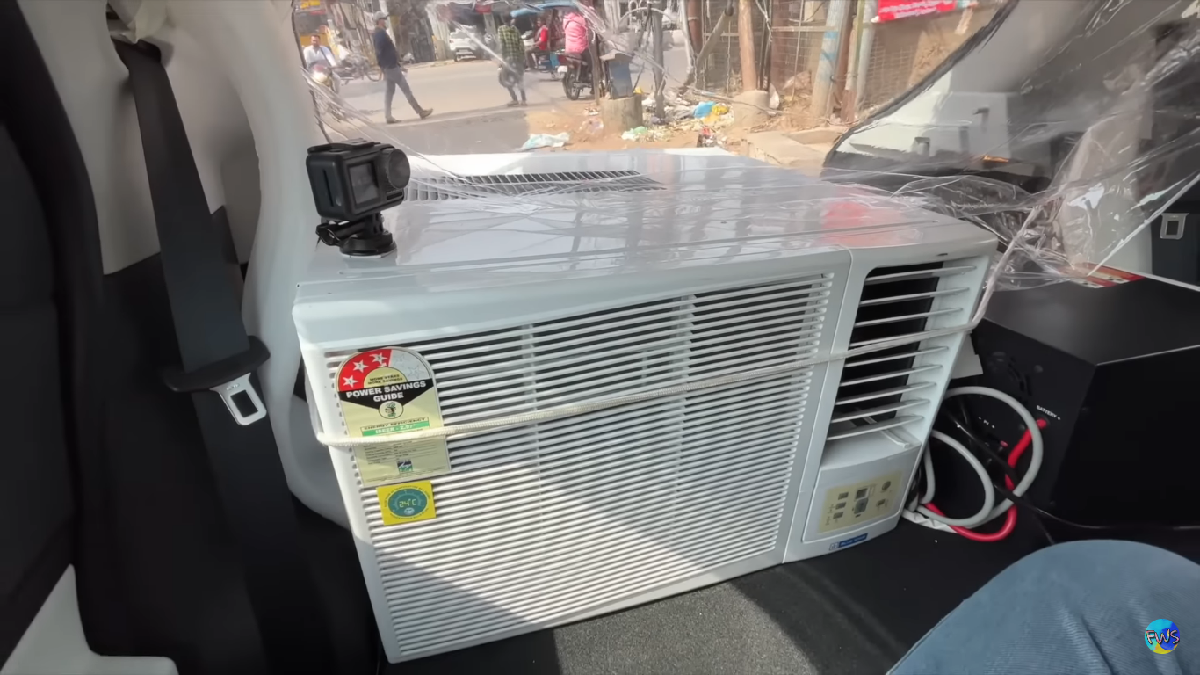 In YouTube, you get to see more than one exploits. There are many experimental channels on the video sharing platform, who try something new to present their skills to the world. One such channel is run by an Indian youth, who fitted Window AC in a Tata Punch car. Yes, you read that right. How many times it happens that the performance of your car’s AC drops due to extreme heat, or due to some reason the AC stops working. In such a situation, if you get a powerful window AC like home in the car, what would you say? We know that in reality it’s only good as a joke. However, as an experiment it is quite fun.

A YouTube channel named FWS – FunWithScience does some new experiments every day. The channel shared a video in June this year where a YouTuber fitted a window AC in the boot of a Tata Punch car and you would be surprised to know that this AC car was working too.

Actually, YouTuber took a window AC of Bluestar company and fitted it in the boot of the car. Inverter and two big batteries have been used to power it. A comparison of the car’s AC to the window AC was also done, where the difference in temperature was seen by running both the ACs alternately.

Next, the Blue Star Window AC was tested, which was paired with a separate battery pack instead of the car’s battery and used an inverter to power it. Because the window AC works to push the hot air inside, the boot door of the car was kept open. The cabin temperature at the start of testing was 33°C. Let us tell you that with the help of window AC, the temperature of the cabin reached 18 degree Celsius in just 4 minutes. However, the video also shows that the stock AC test was taken during the day and the window AC test was taken during the night.

Even though no one would like to fit a window AC in the boot of their car like this, it was definitely a fun experiment video, which has been viewed over 2 lakh times and liked by over 8,100 people till the time of writing this news. has been carried out.