History will be made today, 4 people will fly for the first private mission of International Space Station 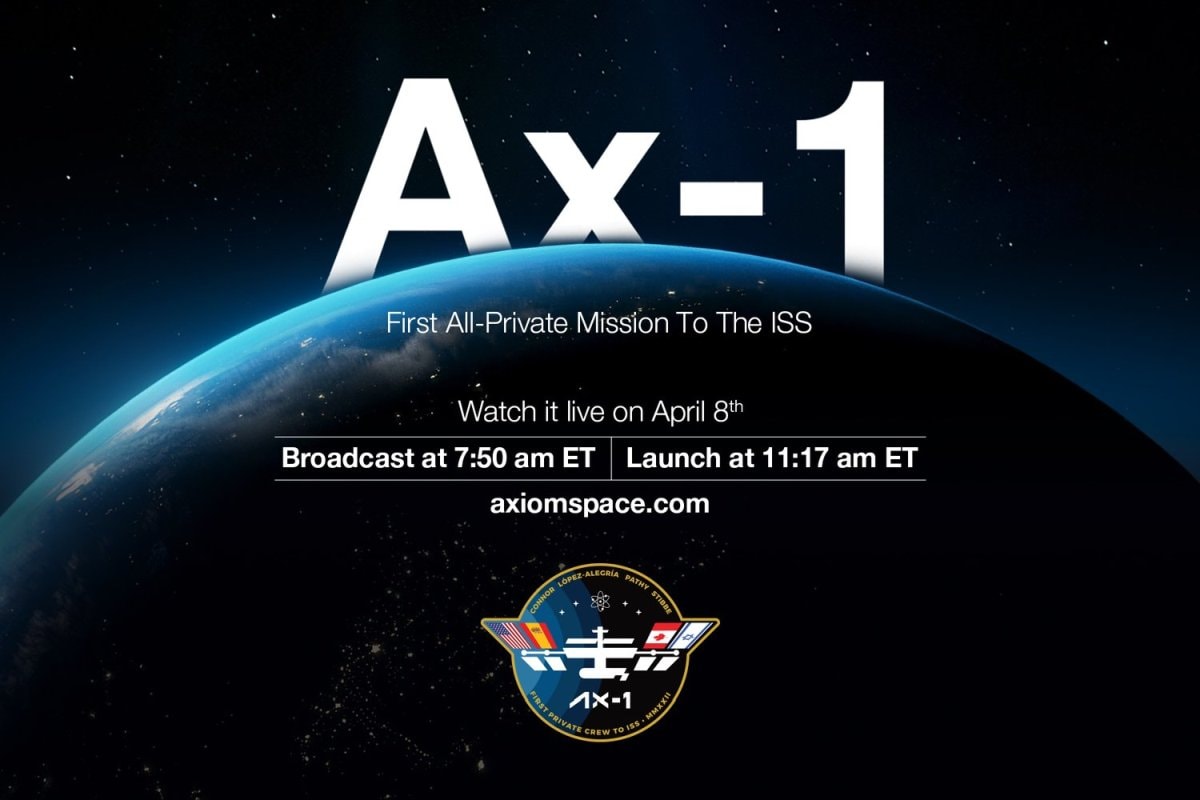 Today is an important day for space. The first private flight to the International Space Station (ISS) is scheduled to take off on Friday. In this mission of the American company Axiom Space, a team of four people will be sent to the space station. Unlike previous flights to the ISS, this mission will not involve any NASA astronauts. All crew members are civilians. However, one of them is a retired NASA astronaut. He is currently associated with a private firm. Rest of the travelers are entrepreneurs. This crew will remain on the ISS for eight days.

Michael Lopez-Alegria, a former NASA astronaut with long experience will be the commander of the Ax-1 mission. He will be accompanied on this mission by American investor and private pilot Larry Connor, Israeli investor and former fighter pilot Eytan Stibbe and Canadian entrepreneur Mark Pathy. The three passengers are said to have paid $55 million (about Rs 420 crore) for this flight.

Ax-1 launch: When will the mission take off?

Axiom Space said that this liftoff is going to happen at 8:47 pm Indian time tonight from NASA’s Florida Space Center. Astronauts will be launched on a SpaceX Falcon 9 rocket and all crew members will reach the ISS aboard the Dragon spacecraft.

Ax-1 Launch: How To Watch Livestream

Axiom Space, NASA and SpaceX have joined hands to livestream this special mission. As per Indian time, live coverage of the event will be shown from 5:20 pm to 9 pm. This will include the life journey of the crew members. Axiom and SpaceX will cover pre-launch and launch activities live on Axiom Space’s official website. During the last hour, NASA will also be involved in the live telecast.

Even before this, space tourists have gone to the ISS, but for the first time this mission is going to be completed by a private crew. So far space travels have been completed by agencies of various countries. Now private flights are ready to completely replace space tourism.