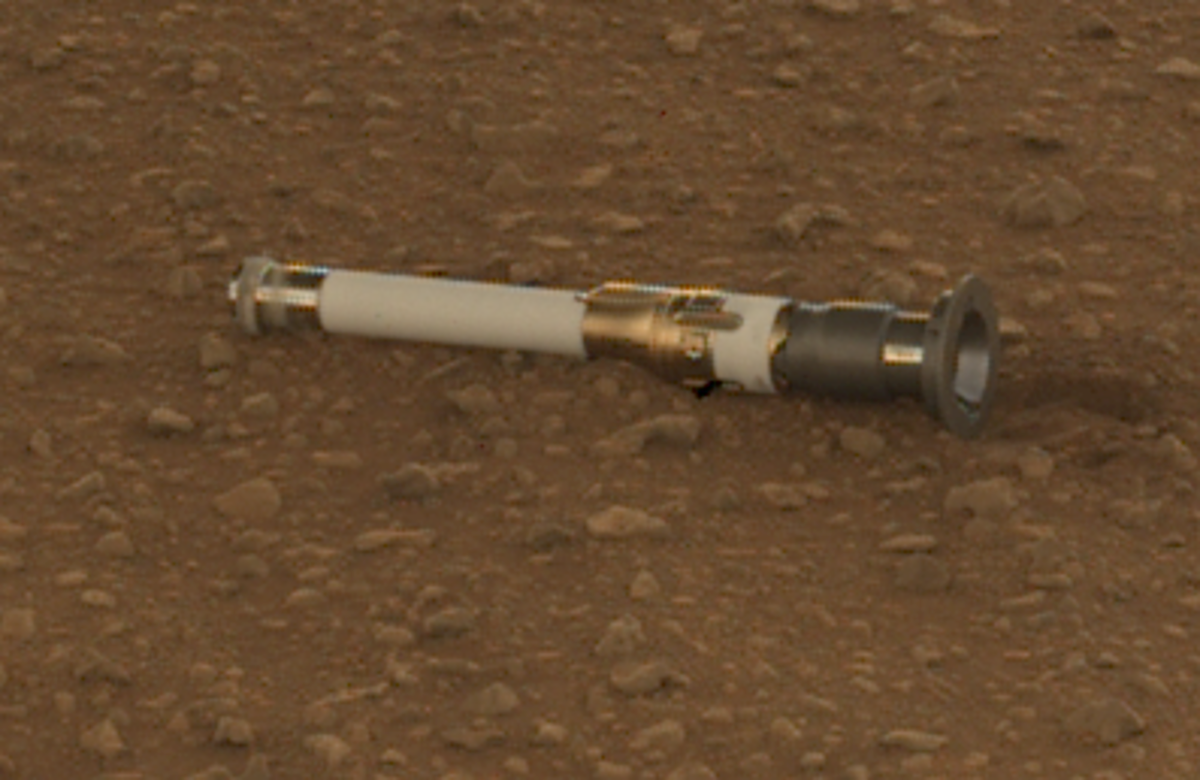 The American Aeronautics and Space Administration NASA spoke about the new achievement of the Perseverance rover on the Red Planet.

Perseverance has placed the first tube with collected rock samples on the surface of Mars, which will be delivered to Earth in the future.A titanium tube with a rock sample now lies on the surface of Mars. Over the next two months, the rover will place a total of 10 tubes at a location called Three Forks, building the first ever sample repository on another planet. NASA stated:

This vault marks the historic first step in a campaign to bring samples back from Mars.
The rover currently has 17 more samples (including one atmospheric) stored in the hull. The rover is scheduled to take the samples to a robotic lander, which will place the samples in a protective capsule aboard a small rocket. The rocket will then travel to Mars orbit, where another spacecraft will pick up the sample container and bring it back to Earth.The vault that has begun to take shape should be a fallback in case Perseverance fails to deliver the samples to the lander. In this case, a couple of helicopters will be sent to complete the work for the samples.
Share
Facebook
Twitter
WhatsApp
Telegram