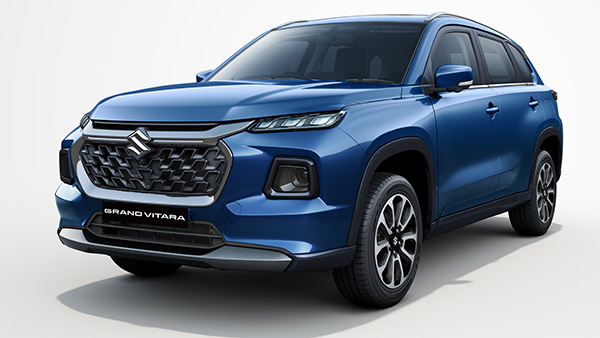 The first place has been Maruti Suzuki’s Grand Vitara, which is a new SUV from the company. This strong hybrid technology has been developed by Toyota itself and it has been introduced for the first time in any model of Maruti. Maruti Suzuki’s Grand Vitara offers a mileage of 27.97 kmpl with 1.5-litre petrol engine and Strong Hybrid technology. With this, it has become the highest mileage SUV in the country.

This is followed by Honda’s new City which has been brought with Strong Hybrid technology in the month of May. It is mated to a 1.5-litre Atkinson hybrid petrol engine, with two electric motors making a combined maximum power of 126 bhp and peak torque of 253 Nm. With Honda’s e-CVT technology, it gives a mileage of 26.5 kmpl.

After this finally Toyota’s vehicle has been the Camry which has been sold in the Indian market for a long time. This is one of the models that was brought to India for the first time with the strong hybrid engine. Strong hybrid system has been given in this sedan with 2.5-litre petrol engine and this car gives a mileage of 22.8 kmpl.

The fourth place has been the ES model of Lexus, the luxury car maker of Toyota Group. It is powered by a 2.5-litre petrol engine that coupled with an electric motor produces 212 bhp of power and 213 Nm of torque. Despite being a luxury car, it delivers a mileage of 22.6 kmpl. The car accelerates from 0 – 100 km/h in just 8.1 seconds.

Toyota’s luxury model Vellfire is at the fifth position in this list. The luxury MPV is powered by a 2.5-litre engine and two electric motors that produce 141 bhp of power and 198 Nm of torque. Toyota Vellfire offers mileage of 16.4 kmpl and comes mated to a CVT gearbox.

After this, Lexus vehicles have made their place. Lexus LS sedan gives mileage of 15.4 kmpl, LC Coupe 12.3 kmpl and Lexus RX SUV gives 12 kmpl. Most of the company’s models come with the strong hybrid engine option and Toyota is the leader in hybrid cars across the world, not just in India.

Taking Toyota’s technology, Maruti’s Grand Vitara has won the mileage. However, Toyota is also soon going to bring the Urban Cruiser Highrider with Strong Hybrid technology and we estimate that this SUV can deliver a mileage of around 25 – 27 kmpl.