Hero’s electric scooter will be launched on October 7, know its special features 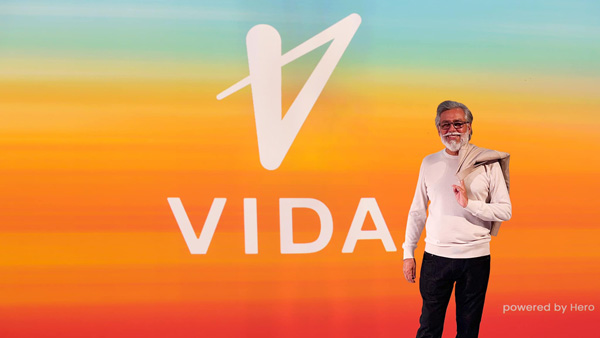 According to the report, the company has already sent out invitations to its dealers, investors and global distributors for the launch. This launch event will be held in Jaipur, the capital of Rajasthan.

The new Vida sub-brand was introduced on 1 July 2022. As of now, the specifications and features of the upcoming Hero electric scooter have not been revealed. Earlier, Hero MotoCorp announced its strategic partnership with Taiwan-based firm Gogoro to develop an EV and battery swapping network in the country. Gogoro currently serves over 3,75,000 riders through its 2,000 battery swapping points.

Hero’s new e-scooter has been developed at its R&D hub Center of Innovation and Technology (CIT) in Jaipur and will be manufactured at the company’s plant in Andhra Pradesh.

Let us tell you that Hero is also working on two new 300cc bikes. Xtreme is testing S and XPulse. Both the motorcycles are based on an all-new platform and use a 300cc engine tuned for high power output.

While the Hero Xtreme S will be a fully faired bike, the Xpulse will be a new adventure motorcycle. The models spotted during testing get petal disc, red trellis frame, clutch cover, chrome finished side stand and front spoke wheels with swingarm.

The launch of Hero’s electric scooter has been in discussion for a long time. With the arrival of Hero’s new electric scooter, people will get a new option. As Hero Company is seen as a trusted brand in the two-wheeler segment. In such a situation, it has to be seen how much this scooter of Hero gives competition to the already existing electric scooters like Ola, TVS.