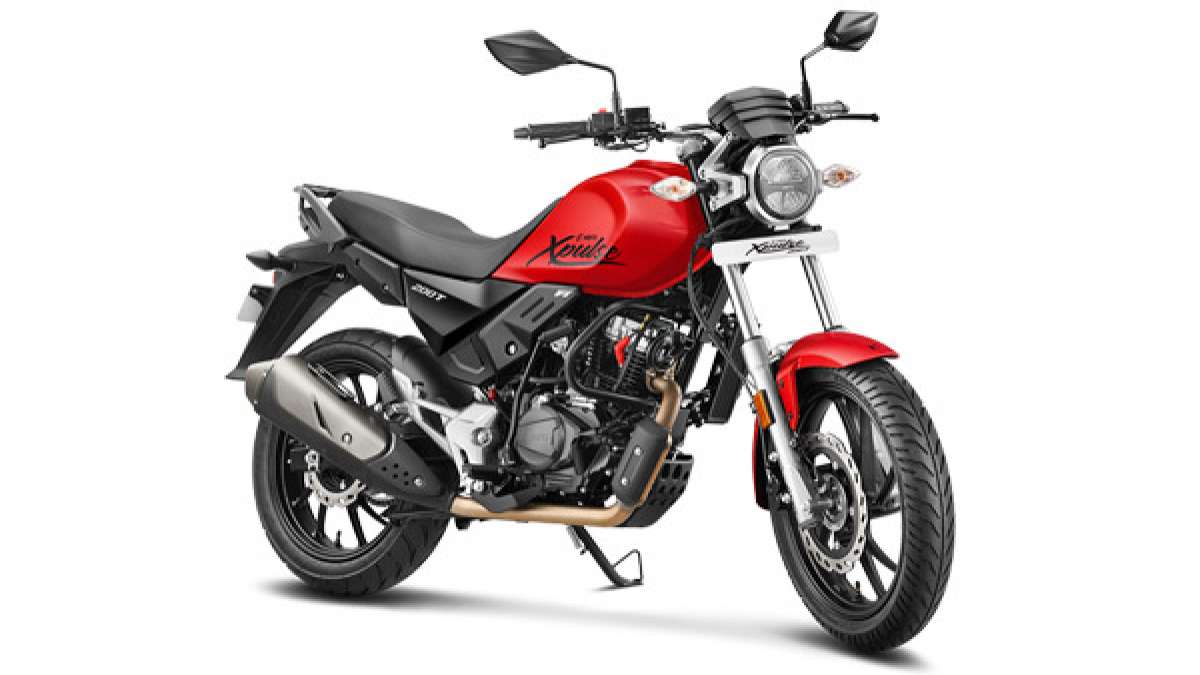 Talking about suspension, the Xpulse 200T 4V gets 37 mm telescopic forks at the front and a seven-step adjustable monoshock at the rear. Talking about braking, it has been given 276 mm front disc and 220 mm rear disc brake, which has been linked to single-channel ABS.

The Xpulse 200T 4V gets 17-inch cast-alloy wheels that look stunning. Tubeless tires have been given in this bike. The bike has 276 mm front and 220 mm rear disc brake. Apart from this, single channel ABS has also been given to improve braking.

The design of the Xpulse 200T 4V is also largely different from the Xpulse 200T 2V. It now gets a colour-matched flyscreen, down shift LED headlight, fork gaiters and a tubular grab rail. It comes in three new colors – Sports Red, Matte Funk Lime Yellow and Matte Shield Gold.

It also comes equipped with a Bluetooth digital LCD cluster similar to the Xpulse 200 that displays navigation and notification alerts. Other features include USB charger, side stand cut off and gear indicator.