Hero Xpulse 200 4V rally edition bike unveiled, will be launched soon, know what are the features 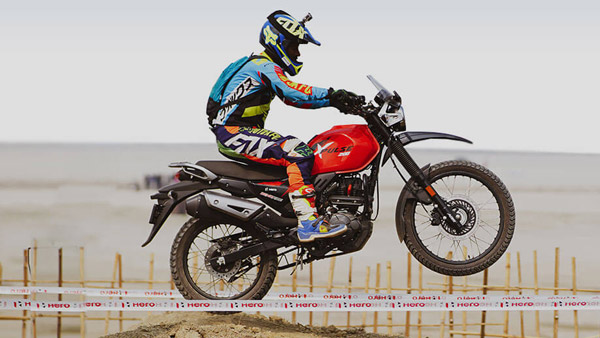 Here are the updates on the bike

The Hero Xpulse 200 4V of the Rally Edition comes with a few more features than the standard model. The bike also gets a new handlebar, longer front suspension, new side stand, tyres with better grip and a new seat. According to the information, the instrument cluster of the bike has also been updated.

Will be costlier than standard model

There is no change in the engine of the Rally Edition. It has a 199.6cc oil-cooled, OHC 4-valve engine similar to the standard model. This engine generates power of 19.1 bhp at 8,500 rpm and torque of 17.35 newton meter at 6,500 rpm. This engine is equipped with a 5-speed gearbox.

This engine generates 6 percent more power than the 2-valve engine. The engine has now been given a better cooling system than before, due to which the performance has also improved. Hero Xpulse 200 4V Standard model is available at a price of Rs 1.32 Lakh (Ex-showroom).

The company also makes available the official accessories package for this bike. Its accessories list includes devices like magnetic tank bag, tail bag and mobile phone holder. The company has also introduced a motocross helmet with this bike which gets the XPulse 200 branding and matching graphics. Apart from accessories, the company also offers rally kit for XPulse 200 4V. The kit includes long travel suspension, flat saddle, pattern tires and a new side stand for the motorcycle.