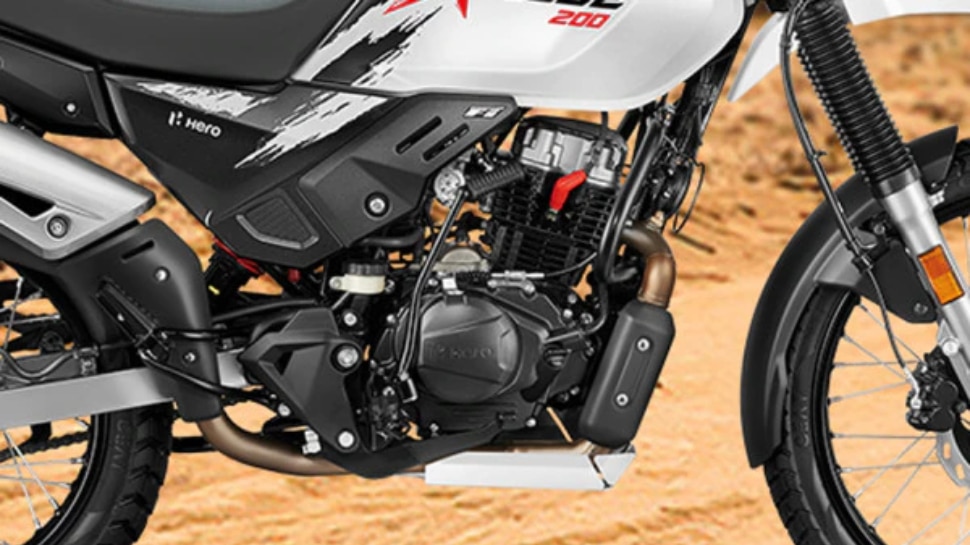 Hero Xpulse 200 2V Discontinued: Hero Motocorp, the nation’s largest two-wheeler ruthlessness company, is highly popular for affordable and high mileage bikes. However, the company does not just sell commuter bikes. Hero also has off-roading bikes that compete with the straight Royal Enfield Himalayan ( Royal Enfield Himalayan ). The company sells dual-sports motorcycles through its Hero Xpulse series. Two-models under the series ( Xpulse 200 2V, 200 4V) are available. Although the company has now discontinued a model.

Engine and power
Talking about the Hero Xpulse 200 engine, it gets 199.6cc, single-cylinder, air / oil-cooled, two-valve engine. This engine generates power of 17.8bhp and torque of 16.45Nm. The engine was paired with a 5 speed gearbox.

Was in off-roading
The motorcycle used to have 21-inch front and 18-inch rear wheels. To make it off-roading cable, it used to get high handlebars, single piece seats, elevated exhaust and 14 liter fuel tank. The bike seat is height 823mm and ground clearance is 220mm. It has disc brakes and single channel ABS in both the watch for braking.

Talking about features, the motorcycle has Bluetooth connectivity, full-LED headlamps and a digital instrument cluster for navigation and call alerts. Its digital display had features such as call alert, turn-by-turn navigation, gear indicator, echo mode and dual trip meter. The bike used to come with a spock wheel and weighs 157 kg.