Hero is going to launch 300cc powerful bikes soon, will give competition to Royal Enfield, testing is going on 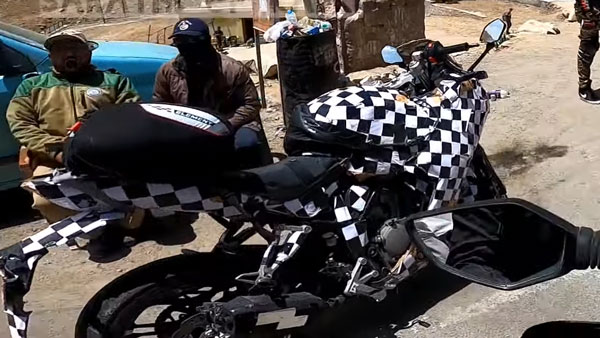 According to the report, the Hero XPulse 300 will be an adventure bike, while the XPulse 300T will be an adventure tourer model. At the same time, the Stream 300S will be a sports bike with full fairing. The company is using 300cc engine in these three bikes and with this they will be the most powerful bikes of the company so far. The same engine will be used across all bikes but the power and torque output may vary.

The company plans to launch these three bikes in 2023. The Hero XPulse 300 concept was introduced during the 2020 Hero World event. Hero is using the trellis frame for the first time in these models.

The wheels found in the Hero XPulse 300 could be the size of the Royal Enfield Himalayan. These can be given a 21-inch front wheel and 18-inch rear wheel. Disc brakes and dual channel ABS will be given as standard in the bike. The bike will get telescopic forks at the front and monoshock suspension at the rear.

The XPulse 300T could be offered in a different style. This bike is more likely to be an adventure tourer. When launched, the XPulse 300 range will take on rivals such as the Royal Enfield Himalayan, Yezdi Adventure, KTM 390 Adventure and the BMW G310GS.

As per the pictures, the complete design of the Hero Xtreme 300S is similar to that of the Xtreme 200S. Some of its key design features include alloy wheels, aggressive front design, front cowl mounted rear view mirrors and full body fairing. This bike includes low position handlebar and rear set footpegs. These bikes can be brought with a 6-speed gearbox.