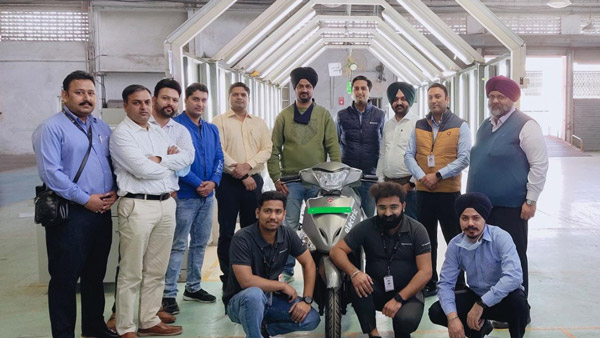 The companies also noted that the Mahindra-Hero Electric collaboration, with the expansion of the latter’s existing facility in Ludhiana, will enable Hero Electric to manufacture over one million EVs per year by the year 2022.

Naveen Munjal, MD, Hero Electric, said, “This coming together of two industry leaders is to further enhance manufacturing capabilities to meet demand and leverage Mahindra Group’s strong supply chain to reach new hubs in the country. To do.”

He further added that “the long-term partnership will allow both companies to make the most of each other’s in-depth knowledge of EVs and drive new product development over the next few years. We look forward to building more synergies with them in the near future.” Let’s hope.”

It may also be interesting to note that the co-development efforts between Hero Electric and Mahindra Group will also be a key factor in the development of the platform theory for the electrification of Peugeot Motocycles’ portfolio.

Let us know that recently Hero Electric has partnered with Axis Bank to provide easy financing options to its customers. Through this partnership, Hero Electric customers can now avail a loan for a scooter with minimal documentation.

The company says that this will give customers a hassle-free scooter buying experience. Customers can opt for two-wheeler financing at Hero Electric’s wide network of over 750+ dealers. As a financial partner, Axis Bank will additionally offer customized loan amount and flexible repayment tenure for both customers and dealers.

The company is developing its capabilities to produce as per demand. Hero Electric is producing to its full capacity. The company has set a production target of 1 lakh units of electric vehicles in the current financial year, which is double the production of the previous financial year.