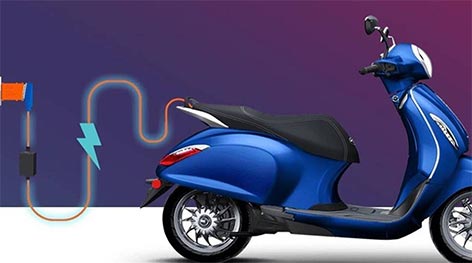 Due to the expensive petrol and diesel in the country, the demand for electric vehicles is increasing rapidly. The trend of people is also moving towards new technology, in view of which domestic as well as foreign companies in the country are launching new vehicles fiercely in the electric segment. One such attempt was made by Ola Electric. The company also introduced two electric scooters with a good range but the company is still not able to make a special place in the Indian market. Let us know which company’s electric two-wheeler is very much liked by the people.

Top 5 electric two-wheeler companies in the country: According to the data released by Federation of Automobile Dealers Association (FADA) for the financial year 2021-22, Hero Electric occupies the first position in the country with 29 per cent market share. Okinawa is second with 21 per cent market share, Ampere is third with 11 per cent, Ather Energy is fourth with 9 per cent and Pure is fifth with 7 per cent.

Ola at number six: According to FADA, Ola Electric sold a total of 14,371 vehicles in the financial year 2021-22, during which Ola Electric’s market share was close to 6 percent.

Government giving subsidy: Subsidies are being given by many state governments on the purchase of electric vehicles in the country. in Delhi Electric Two-Wheeler You can get a subsidy of up to 30 thousand rupees on purchase and after three days of buying the vehicle, this subsidy will come in your bank account. With this, you will not have to pay the registration fee and road tax.