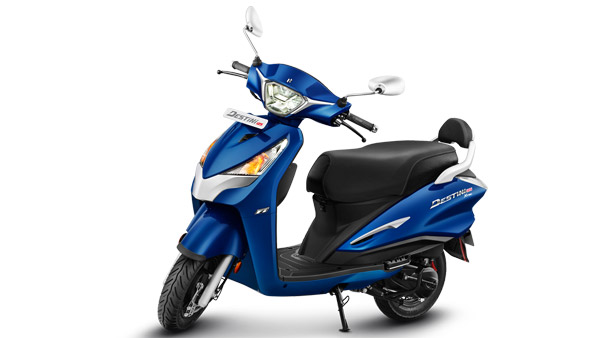 Hero Destini 125 Xtec has been introduced in a new look and style. The front apron gets chrome accents, chrome rear view mirrors, chrome muffler on the silencer, square LED headlamps, chrome accents around the headlamps and a new handlebar. The scooter is now offered with Bluetooth connectivity, semi-digital instrument cluster, USB charging, LED headlamps, side stand indicator and back rest.

The 125cc single cylinder, fuel-injected engine of the standard model has been used in the Hero Destini 125 Xtec. This engine generates maximum power of 9 bhp and peak torque of 10.4 Newton meter. Hero’s new scooter is also equipped with i3S Idle Start/Stop technology. This technology automatically shuts off the engine when the scooter is parked for a long time. All you need to do is to depress the clutch to start the scooter again.

Price will increase from April

Financial year 2021-2022 has been a year of sluggish consumer demand. In the results for the third quarter (October to December 2021) of FY 2021-2022, Hero MotoCorp reported a 36.7 per cent decline in net profit. The company reported a profit after tax of Rs 686 crore in the quarter as against Rs 1,084 crore in the corresponding quarter of the previous fiscal.

Hero MotoCorp is all set to launch its first electric two-wheeler within a few months. It will be manufactured at the company’s manufacturing facility in Chittoor, Andhra Pradesh.