Here are the top 5 affordable adventure bikes available in India, which bike do you prefer? 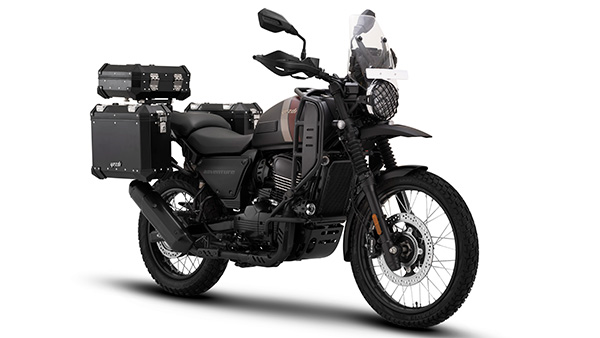 Hero Motocorp has updated its portfolio with the launch of Hero XPulse 200 4V, which is being sold alongside its existing 2V version. This variant, which comes with a four-valve setup, is aimed at providing better performance at high revs. The motorcycle comes with off-road-focused hardware.

This pack includes wire-spoke wheels, long travel suspension and an engine bash plate. Other features include LED headlight, LED taillight and Bluetooth-enabled instrument cluster. Talking about the engine, it gets a 199.6cc, single-cylinder, air / oil-cooled engine.

The adventure-style Honda CB200 X from Honda Motorcycle is not as off-road oriented as the Hero XPulse 200 4V, but it is a touring-focused motorcycle. It is sold in the market with a semi-fairing design, a fly-screen and upright ergonomics.

Talking about the features, it has a digital instrument cluster without full-LED lighting and Bluetooth connectivity. The CB200X is powered by Hornet 2.0’s 184.4cc, single-cylinder, air-cooled engine that makes 17bhp power at 8,500rpm and 16.1Nm torque at 6,000rpm.

The Suzuki V-Strom SX is the latest entry in the affordable adventure-tourer segment of the Indian market. It uses the same engine and hardware as the Suzuki Gixxer 250. It is powered by a 249cc, single-cylinder, air/oil-cooled engine that makes 26.1bhp power at 9,300rpm and 22.2Nm torque at 7,300rpm.

This motorcycle Royal Enfield Himalayan doppelganger uses a liquid-cooled engine, which helps it deliver better power output than the competition. Despite having a lower displacement than the Himalayan, the Yezdi Adventure makes 29.7bhp power at 8,000rpm and 29.9Nm of torque at 6,500rpm from its 334cc, single-cylinder engine.

The Royal Enfield Himalayan strikes a proper balance between riding on and off-road. Tires are fitted with 21-inch front and 17-inch rear wire-spoke wheels for off-road and on-road purposes. It is powered by a 411cc, single-cylinder, air/oil-cooled engine that makes 24.3bhp power at 6,500rpm and 32Nm torque at 4,500rpm.