Heavy discount is being given on payment of traffic challan in this city, 75% fine of two wheeler drivers is waived 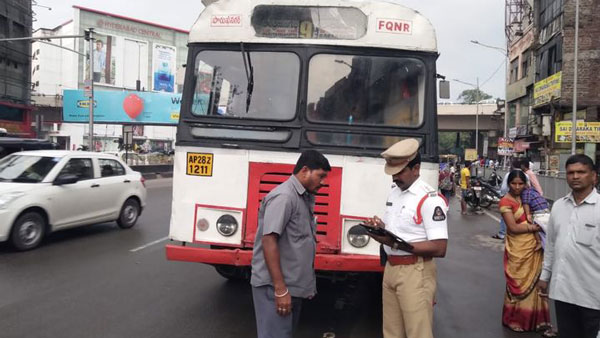 According to a statement by Hyderabad Traffic Police, this step is a humanitarian step towards the drivers who had to face financial difficulties during the COVID-19 pandemic. As a relief, all the three traffic police departments are taking steps to enable citizens to reduce their financial burden amid the deteriorating COVID-19 situation.

The Hyderabad Police obtained Rs 51.7 lakh by auctioning abandoned and confiscated vehicles at various police stations in the city. City Police Commissioner CV Anand has ordered law and order and traffic police to remove all vehicles seized in criminal cases from police stations. A total of 601 vehicles were auctioned by the police at Goshamahal police station ground on Tuesday. Around 550 people from the state of Telangana and Andhra Pradesh participated in this auction.

Around 545 two-wheelers, 21 three-wheelers and two four-wheelers were auctioned during this period. The amount collected through the auction of vehicles will be deposited in the government treasury. According to the police, there are many vehicles which have been damaged to a great extent and are sold only to the junk dealers. People were reluctant to buy the vehicles despite being informed through press release. In the city, more than five thousand vehicles are being prepared for auction.