Heavy challan will be deducted if a vehicle is driven on the wrong side in Mumbai, may be jailed 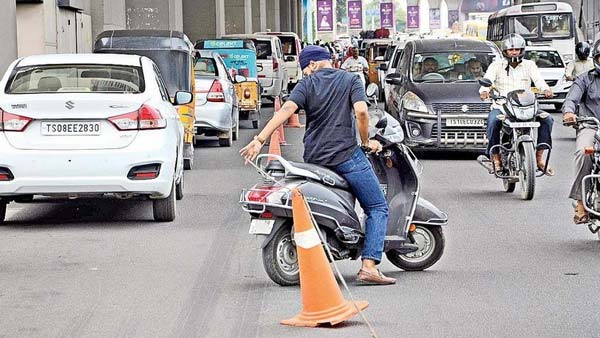 Apart from this, he said that motorcycle races are being organized on some major roads and flyovers of Mumbai metropolis, a campaign will be launched soon to catch them. He also said that violators not only pose a danger to themselves but also to pedestrians and other motorists. If anyone is caught violating the rules then be ready for protracted action.

The Mumbai traffic department has registered a total of 107 FIRs for wrong-side driving in the last two days, March 7 and March 8. In addition, the city’s traffic police has also issued challans for over 14,000 other violations.

A large number of citizens in Mumbai were complaining of driving on the wrong side. In view of this, the Mumbai Traffic Police under the guidance of newly-appointed Police Commissioner Sanjay Pandey took a major action on Monday, 7 March and issued challans to the violators.

During the operation, the traffic police also nabbed 413 wrongly parked vehicles across the city. Of which, at least 226 vehicles were towed on Monday. Police officials arrested 35 people for driving on the wrong side. Also, an FIR was registered against 6,401 people who violated the traffic.