Have you ever seen colored clouds? This picture came from a thousand light years away from the earth, know who clicked it 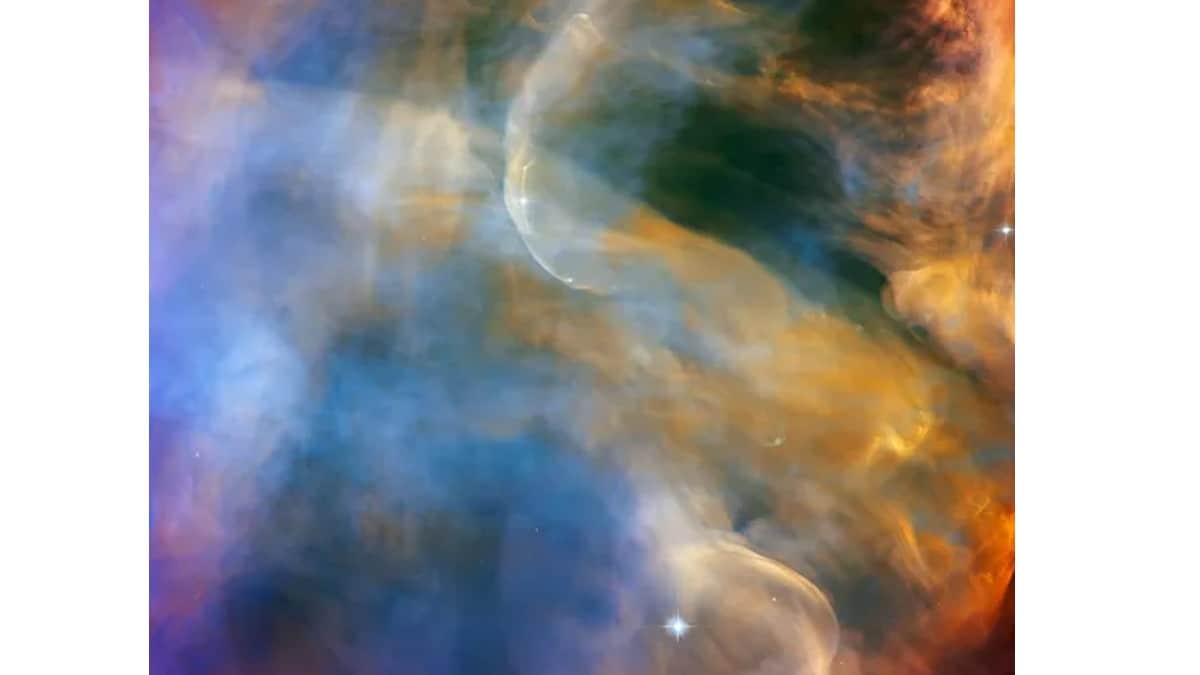 The James Webb Telescope, the largest telescope ever deployed in space, has completed its work, yet the usefulness of the Hubble Telescope remains. This telescope has been showing us unseen pictures of space for the last 30 years. This telescope, operating in collaboration with the American space agency NASA and the European Space Agency ESA, has captured a spectacular cloudscape (group of clouds) in the camera. It shows the colored region around the Herbig-Haro object HH ​​505. This is the bright region around the newly born stars. Herbig-Haro objects are formed when stellar winds or jets of gas from these new stars collide with the gas and dust around them at very high speeds to create shockwaves.

scitechdaily has its Report It has been told that this colorful region around HH 505 is formed due to the star named IX Ori. This star is located on the outskirts of the Orion Nebula, about 1000 light years from Earth. The Orion Nebula is filled with strong ultraviolet radiation emanating from bright stars. This image was captured with Hubble’s Advanced Camera for Surveys (ACS). The Orion Nebula is a region of dust and gas where thousands of stars are forming. It is close to Earth. For this reason the Hubble Telescope has been focusing on it.

The Hubble Telescope has shown us many spectacular pictures of space. In June it showed the largest near-infrared photo of that time, giving astronomers a chance to map the star-forming regions of the Universe and learn how the oldest, most distant galaxies formed Happened.

Called 3D-DASH, this high-resolution scan will also give researchers a chance to detect unusual objects and targets for their ongoing study with the James Webb Space Telescope. Near-infrared means that astronomers can detect even the farthest galaxy, as it has the longest and reddest wavelengths observed by Hubble. Until now, such a large picture could only be obtained from the ground.