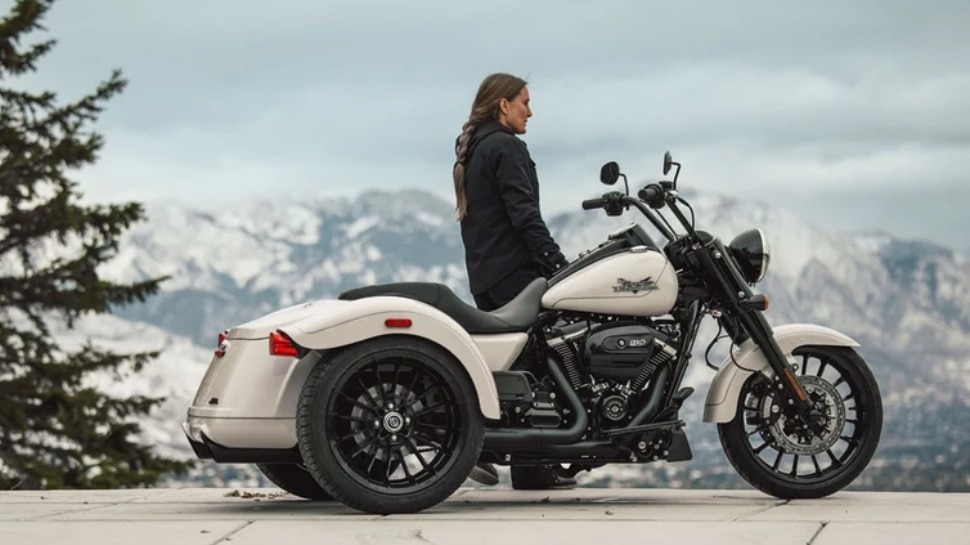 Harley Davidson New Bike: This bike has one front wheel and two rear wheels. Two people can sit on the bike. It gets floorboards and upright riding position for a comfortable ride.

Such are the features. This bike has one front wheel and two rear wheels. Two people can sit on the bike. It gets floorboards and upright riding position for a comfortable ride. There is also a trunk at the rear to keep the luggage, which has a capacity of 55 litres. It gets 18-inch wheels at the rear, while 15-inch ones have been used at the front.

Engine and Price
The bike is powered by the Milwaukee-Eight 114 powertrain, which produces 88 bhp at 4,750 rpm and peak torque output of 165 Nm. The gearbox is a 6-speed unit. In the global market, the price of this bike starts from $ 29,999, which is around Rs 23.5 lakh. That is, you can take the top model of Scorpio in its base variant. Apart from the freewheeler, Harley Davidson also introduced 7 limited edition models to celebrate its 120th anniversary. In addition, a new special edition Nightster has been unveiled.