Happy Birthday Virat Kohli: Kohli is no less in the collection of luxury cars, the price is in crores 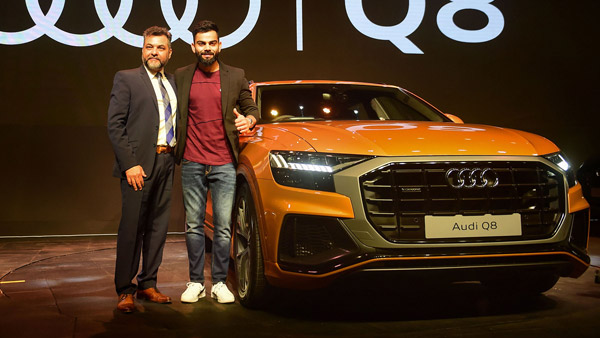 Audi R8 LMX is the fastest car among Virat Kohli’s cars. The price of this supercar is Rs 2.97 crore and it is equipped with a 5.2-litre V10 engine. Power is delivered to all the wheels through the Quattro all-wheel drive system.

There are only 99 units of LMX in the world, of which Virat Kohli is the only owner in South Asia. The car can accelerate to 100 kmph in just 3.4 seconds and can reach a top speed of 320 kmph. One of the highlights of this car is its laser headlamps setup.

Audi A8 L W12 Quattro is included in the car collection of Virat Kohli. The price of Powerful Limo is Rs 1.98 crore. It is based on the A8 long wheelbase model and comes with a really powerful 6.3-litre 12-cylinder engine in W-configuration.

Its engine comes mated to an 8-speed, dual-clutch, S-tronic transmission that sends power to all four wheels via a quattro system. At the same time, the motor generates 494 bhp power and 625 Nm torque. This is an amazing model from Virat Kohli’s cars.

The Q7 is Audi’s most luxurious crossover. In India, the Audi Q7 comes with a 3-litre V6 diesel. Both these engines come mated to a sleek shifting 8-speed automatic transmission that sends power to all four wheels through a quattro all-wheel drive system. The Q7 is priced between Rs 72.9-80.95 Lakh.

It is powered by a 4.0-litre V8 petrol engine that works on a twin turbo setup. Its engine generates maximum power of 420 bhp and peak torque of 550 Nm. The engine comes mated to a 7-speed transmission that sends power to all four wheels using Audi’s quattro all-wheel-drive system. Audi S6 price ranges up to Rs.95.25 lakhs.

One of the most valuable cars of Virat Kohli is his Range Rover Vogue SE. He has been spotted several times in this SUV with his wife Anushka Sharma. They have a top-end diesel variant that supports the 4.4-litre SDV8 engine.

This engine produces 335 Bhp of power and 740 Nm of torque. It is mated to an 8-speed automatic transmission and can accelerate from 0-100 kmph in 6.9 seconds. The Range Rover Vogue price is around Rs 2.27 Cr (Ex-showroom).

Apart from having a plethora of Audi cars in his garage, Kohli also owns a previous generation Toyota Fortuner. Toyota Kirloskar India gifted Virat Kohli a Fortuner as part of an endorsement deal with the popular Japanese carmaker. Its price is between Rs 32 lakh to Rs 50 lakh ex-showroom.

Duster is probably the least expensive model among all Virat Kohli’s cars. He was awarded the top-end duster in 2012 for his scintillating performance in the ODI series against Sri Lanka. He was voted “Man of the Series” and awarded several feature-laden Dusters. Its price is between 13.5 lakh rupees.