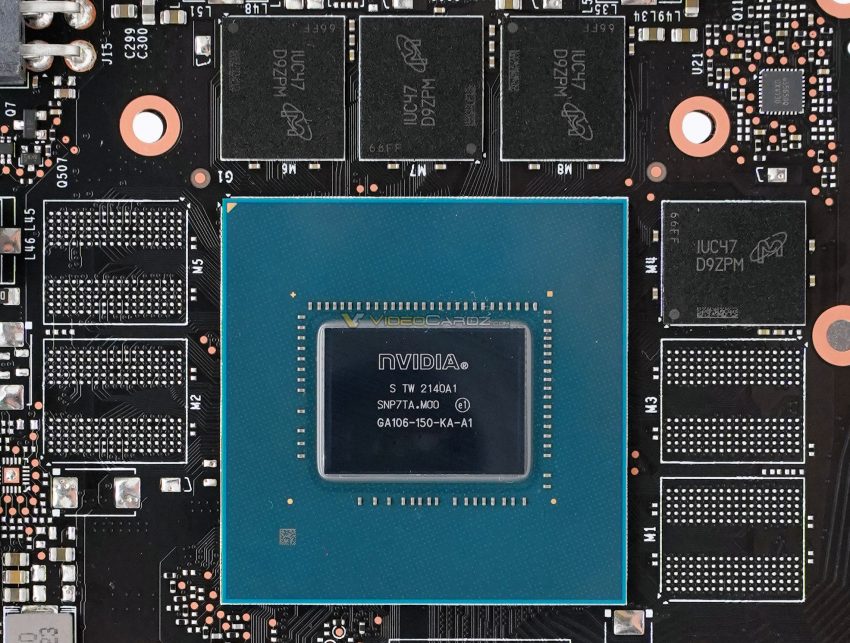 A few days ago, Nvidia unveiled the most affordable 3D accelerator in the Ampere line – GeFroce RTX 3050… The novelty, estimated in Russia at 25,000 rubles (this is the official cost for our country, which is quoted by Nvidia), will go on sale at the end of the month, and reviews will appear at the same time. But already now, thanks to the efforts of Inno3D, we can see the GPU of the cheapest video card Nvidia Ampere.

By using the stripped-down GA106 in the GeForce RTX 3050, rather than the new GA107, on the basis of which mobile GeForce RTX 3050s are built, Nvidia has made it much easier for video card manufacturers to develop new models, which means saved resources and a possible reduction in both cost and retail prices. It is also interesting to note that near the GPU there are eight sites for memory chips, but physically there are four memory chips, manufactured by Micron.