Government of India: NavIC navigation system to be mandatory in all phones by 2023 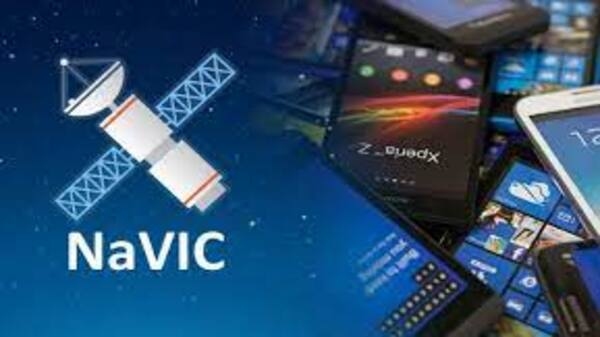 The Government of India has passed a mandate saying – Samsung, Apple, Xiaomi, Oneplus and all smartphone makers must make all smartphones sold in India NavIC-eligible with effect from January 1, 2023. NavIC is India’s indigenous navigation system developed by the Indian Research Space Organization (ISRO) for military and commercial purposes.

In such a situation, the question arises that why is the government now insisting on such a step? Also, what are the consequences these phone brands might face, as there are already several launches planned?

What is NavIC and how does it work?

NavIC is India’s satellite system designed by ISRO. Work on this started in 2006. The budget at the time was $174 million, with completion expected in 2011. However, NavIC became operational in 2018 and, it was a brief history on NavIC.

Simply put, India has deployed 8 satellites in the sky covering the entire Indian territory and up to 1,500 km from its borders. Now, all these satellites covering the entire Indian territory ensure that the positioning accuracy is better than GPS or GLONASS, and claims in its primary service area are less than 10 metres.
You should know that GPS is an international navigation system, which relies on 31 satellites in that circle. Whereas NaVIC, in its present form depends on only 7 satellites which cover India and its surrounding areas.

The main difference is the serviceable area covered by these systems. GPS caters to users around the world and its satellites circle the earth twice a day, while NAVIC is currently for use in India and nearby regions.

The government has made it mandatory for smartphone makers to include NavIC on all smartphones starting 2023. But, do you know, there are already many phones which have NavIC facility? In fact, around 300 phones that are currently sold in India feature NavIC, while the Realme X50 Pro was the first phone to feature NavIC back in February 2020.

This fits on Prime Minister Narendra Modi’s “Self-reliant India” and secondly, on foreign shipping systems the government thinks our country should not depend on them, because at the end of the day, foreign shipping systems depend on nations. are operated by defense agencies. Therefore, there is always a chance that the civil services may be downgraded or rejected, if any such situation arises, which should not be the case with NavIC, as it is completely controlled by India. Is.

Why did smartphone makers worry?

Smartphone makers have pointed out concerns about the implementation of NavIC at short notice. Because the Indian government has been pushing for this for a long time. However, this time around, the order has come with a deadline. Industry sources have claimed that the Indian government has already held private meetings with some smartphone makers to motivate them for NavIC in their smartphones.

Let us tell you that smartphone makers have argued that for NavIC to work on a smartphone, many other parts are needed apart from the phone’s processor. But, again, there are a select few chipsets in the market that already come with NavIC support, including this year’s top-of-the-line, Snapdragon 8 Gen 1 SoC. So, while I’m not really sure if flagship phones, powered by top-of-the-line chipsets, will become more expensive due to NavIC inclusion. With this move, the budget and mid-range segments are definitely expected to see a price-bump, as those dual-band chipsets will not come cheap. But from January 2023, it will be mandatory to have a sailor in the phone.

What is the ultimate goal of the Government of India?

The end goal is very simple. The Indian government wants to reduce our country’s dependence on foreign satellite systems for navigation at least and after a point completely. In fact, the ultimate goal is to expand Navigator to become a standard global system for navigation that can compete with the likes of GPS and GLONASS.

At the moment, NavIC is being used only for services like public vehicle tracking or to provide emergency alerts at sea and basically in areas with terrestrial network connectivity like many other functions. Now, the next goal is to make NavIC commercially available to the general public.