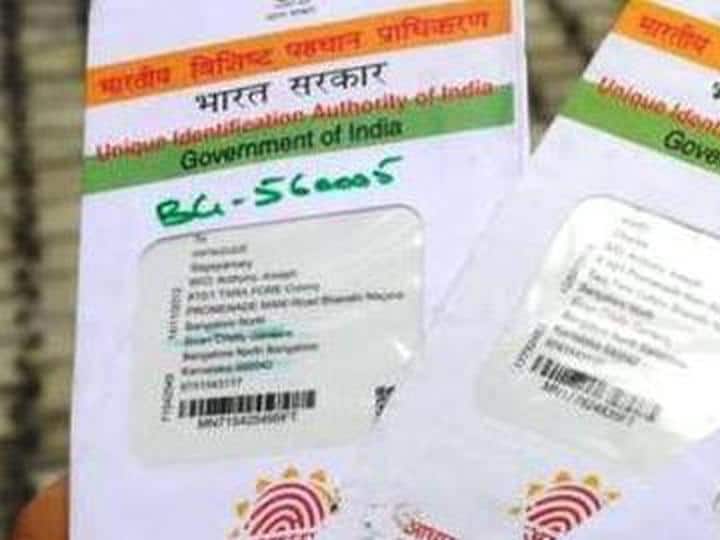 Aadhaar Card News: The government has issued an advisory to stop the use of fake Aadhaar cards. The Ministry of Electronics and IT said on Thursday that the Aadhaar card is an important document, therefore it should be verified before accepting this 12-digit unique identification number in physical and electronic form. The Aadhaar issuing body UIDAI issued a circular to all the departments saying that before accepting any person’s Aadhaar, check its veracity.

On behalf of UIDAI, it has been said that with the consent of the person, any form of his Aadhaar Card such as E Aadhaar, Aadhaar PVC Card and M Aadhaar (mAadhaar) can be examined. The Ministry of Electronics and IT said that by doing this, misuse of Aadhaar will be stopped. Along with this, there will be a reduction in the cases of misuse of Aadhaar and fraud.

Misuse of Aadhaar Card is a punishable offense
According to the advisory issued by the government, on verification of Aadhaar, information about the fake card will be known. In such a situation, the person using Fake Aadhaar Card will be kept in the category of crime and will be held liable for punishment under Section 35 of the Aadhaar Act.

advice to citizens
Aadhaar card issuing organization UIDAI has said that it is often seen that people use their Aadhaar card anywhere or do not pay attention to its security. In such a situation, people should use their Aadhaar card only at the right places. Instead of throwing its copies here and there, keep them carefully. Never share Aadhaar number or card with social media or any other person.