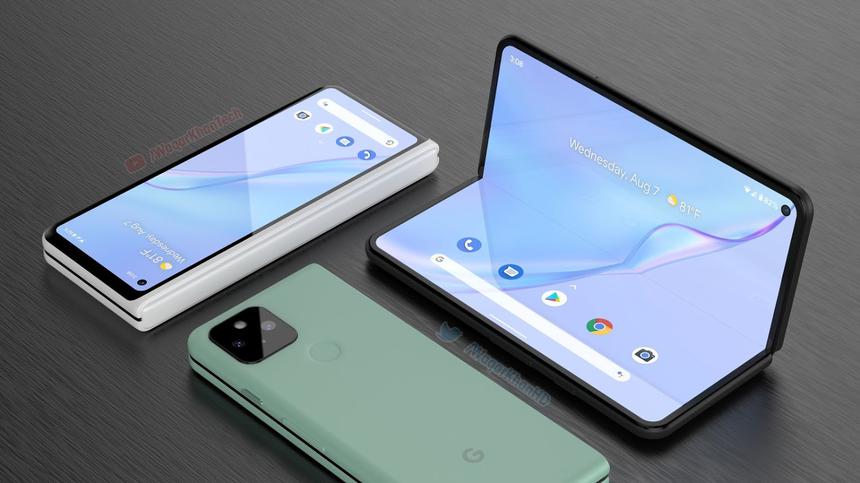 After its success in the premium segment with the Pixel 6 series smartphones, Google is said to be diversifying to capture the nascent foldable smartphone market. The first rumors about a foldable Google smartphone appeared in January, and now we have even more insiders.
Insider TheGalox_ has revealed that the search giant will start production of the Pixel Notepad foldable smartphone in Q3 2022. The device will debut after the launch of the upcoming Galaxy Z Fold4, which is likely to be unveiled around August, offering a cheaper alternative in the foldable segment for markets like the US, where most Chinese companies don’t launch products.

The author also claims that Google is still aiming for the $1,399 price point, which Samsung is having a hard time beating with their current generation Galaxy Z Fold3 devices selling for $1,799.

So far, Google Notepad has been reported to run on its own Tensor chipset (GS101) paired with 12GB of RAM and 512GB of storage. It is also reported that the device will have a form factor similar to the Oppo Find N, which means that when unfolded, it will have a square design. The camera system of the foldable device is rumored to feature the same 12.2-megapixel Sony IMX363 sensor used in the Pixel 5. The device will also feature a 12-megapixel ultra-wide-angle sensor on the back and could get two 8-megapixel front-facing camera sensors on the second and internal displays.