Google’s Files Go app renamed, there are more than 30 million active users of this app every month 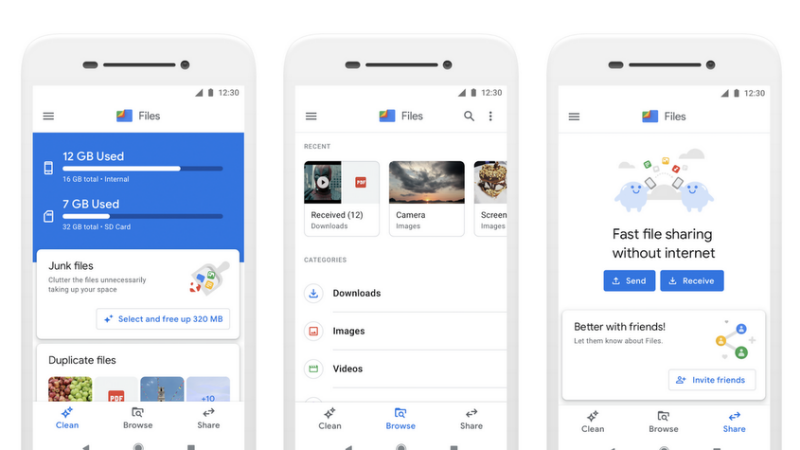 About a week after introducing the beta version, Google has officially renamed its Files Go app as Files. Google, one of the world’s largest technology companies, informed about the renaming of the Files Go app on Thursday through a blog post. Along with this, it was also told that more than 30 million people use this app every month around the world. The app was first introduced for affordable handsets in developing markets like India, Brazil and Nigeria. With the help of this app, users can remove junk files from internal storage in one tap.

Google written in blog post “The Files Go app has grown rapidly in less than a year. Now more than 30 million people use it every month. We found that people from all over the world are using the app, regardless of the handset they have. Or some kind of internet connection.”

Surprisingly, Google has not made public the reason for changing the name of this Files Go app. It appears that the company has taken this decision to promote the use of this app. Because it was first designed for Google’s Android Go program. The motive is clear that now its use should be promoted in other segment devices beyond the Android Go model.

Apart from changing the name, Google has also redesigned it. It now comes with the Material theme design treatment. Google Sense font has been used in the Files app and new icons have also been given along with it. Apart from this, the background of the app has been made white. The iconography has also been updated.

If you want, you can install the latest Files by Google app from Google Play. This app will work on all devices after Android 5.0 Lollipop. This app is of 9.8 MB.