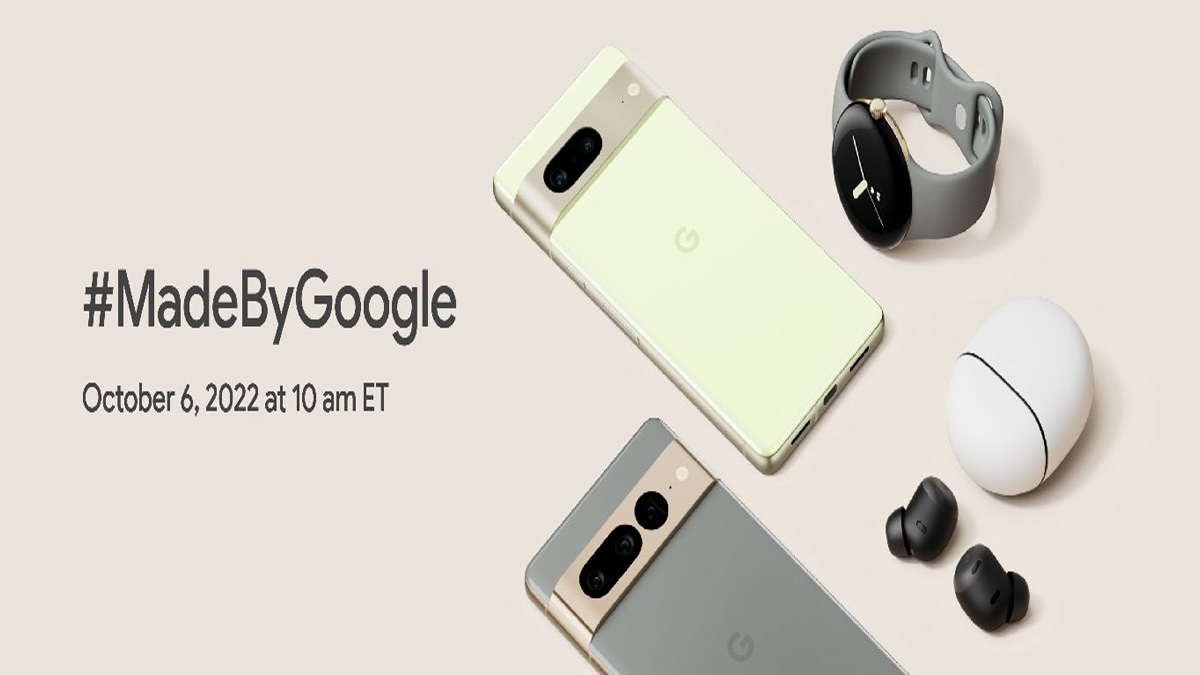 New Delhi: Google is going to organize its Made By Google event today i.e. on 6 October. This event will start today at 7:30 pm (Indian time). In this event, Google can launch many types of products. Including Google Pixel 7 and Pixel 7 Pro smartphones. Apart from smartphones, smartwatches and other products can also be offered.

Google has already released the teaser regarding this event. Google Pixel 7 series is being launched as the next version of Google Pixel 6 series. This smartphone series will also be introduced in India. At the same time, people can also watch Google’s Made By Google event online.

HOW TO VIEW EVENTS

Google’s Made By Google event will start at 7:30 pm. This event will be held in New York. But you can watch this event live on Google’s YouTube channel in India. This event will run till 9 pm. Apart from this, the company will also keep sharing the details of the events through social media.

These products will be launched

Google has already shared information about the products to be launched in this event. During the event, the company will launch Google Pixel 7, Pixel 7 Pro and Google Pixel Watch. Apart from this, the company can also increase the Nest smart home portfolio.

Various leaked reports have already surfaced regarding Google Pixel 7 and Pixel 7 Pro. In which the specifications of both these smartphones are revealed. If the report is to be believed, the Pixel 7 Pro may come with a 6.7-inch LTPO screen with 120Hz refresh rate. Whereas Google Pixel 7 will come with a 6.3-inch screen with 90Hz refresh rate. Both the smartphones can be given IP68 rating for water and dust resistance.

The price of Google Pixel 7 and Pixel 7 Pro has also been revealed through leaked reports before its launch. According to the report, the price of Pixel 7 can be kept at Rs 52,500 according to Indian currency. While Pixel 7 Pro can be launched at a price of around Rs 72,700.