Google Street View feature knocked in India, you will be able to do virtual tour of India sitting at home 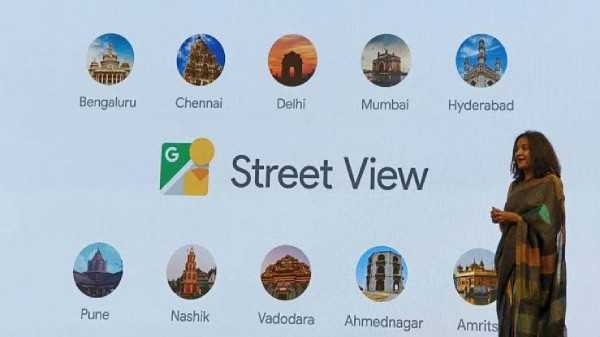 Google Street View : Google Finally bringing the Street View feature to India (Google Street View). People will now be able to locate the landmark at home and take a virtual tour of India from the comfort of their homes, a company executive said on Wednesday. Google Maps has launched its Street View service in 10 cities in India in partnership with Tech Mahindra and Genesis.

Government of India first Google Street View feature, which shows panoramic images of streets and other sites. According to local media, the rollout was ruled out for security reasons. Google said on Wednesday, the service will be available in 50 Indian cities by the end of this year.

The partners have covered more than 150,000 km spanning 10 cities in India, including Bengaluru, Chennai, Delhi, Mumbai, Hyderabad, Pune, Nashik, Vadodara, Ahmednagar and Amritsar. The tech giant plans to expand it to over 50 cities by the end of 2022.

What is Google Street View Feature

Google Street View is a technology that provides interactive panoramas from locations on many streets of the world through Google Maps and the Google Earth app. It was first launched in 2007 in multiple US cities, and has since expanded to include cities and rural areas around the world. Roads whose photos are available in Google Maps are shown as blue lines.

Accessing the Google Street View feature is quite easy. All you need to do is open the Google Maps app, zoom in on a street in any of these target cities, and tap the area you want to see. Learn about local cafes, and cultural hotspots. Street View will help people navigate and explore new corners of the country and the world in a more visual and precise way, meaning you can see a particular city in 3D view right on your computer screen.