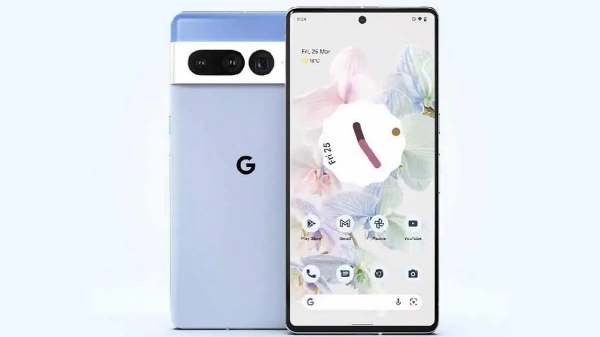 Ahead of the official launch, Google has confirmed that the Pixel 7 series will be available for pre-order from October 6. Customers who wish to pre-order the Pixel 7 or Pixel 7 Pro can do so starting October 6 at 9.30 pm. Flagship Google smartphones can be pre-ordered through Flipkart.

Will be launched in these 3 color options

Hopefully Google (or Flipkart) will announce more specifications soon. The pre-order poster reveals that the Pixel 7 will launch in India in three color options – Lemongrass, Obsidian and Snow. On the other hand, the Pixel 7 Pro will launch in Hazel, Snow and Obsidian colours.

Google Pixel 7 Pro is expected to sport a QHD+ LTPO AMOLED display with 120Hz refresh rate. The flagship smartphone will be equipped with a new Tensor G2 chip paired with up to 12GB of LPDDR5 RAM and 512GB of storage. It is being said that the chipset has been made in partnership with Samsung. Talking about the camera, the Google Pixel 7 Pro will get a triple camera setup at the back.

It will run Android 13 out of the box and is rumored to have a 5,000mAh battery that comes with 33W wired fast charging. Google has already confirmed that the Pixel 7 Pro will be offered in three color options – Obsidian (black), Snow (white/silver) and Hazel (green). More details about the Google Pixel 7 will be revealed at the launch event.