Google Pixel 7, Pixel 7 Pro’s face is going to be seen today, where and how to watch Livestream 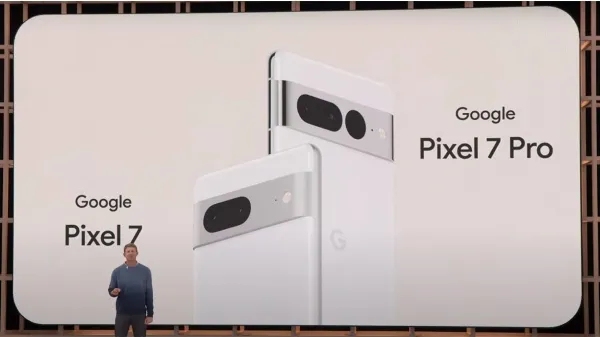 Made by Google Event: What to expect

Google will officially introduce new Pixel devices today including the Pixel 7, Pixel 7 Pro and Google Pixel Watch. Additionally, the company will also unveil new additions to its Nest Home portfolio. All these devices will be available for purchase from Google’s online store right after launch.

Made by Google Event: When and How to Watch Live Event

The Made by Google event will take place in New York City. The in-person event is limited to invited members of the press. People living in the US, Great Britain and Australia can watch it live at GoogleStore.com/events.
Google’s Made By People Living Outside These Countries Google’22 YouTube You can watch on the channel. You can also follow @madebygoogle for real-time updates on social media during and after the event.

At I/O 2022, Google announced that the new Pixel 7 and Pixel 7 Pro would pack a “next-generation” Tensor chip. It is now confirmed that the new chip is called ‘Google Tensor G2’ and is a sequel to the company’s first in-house chipset that debuted in the Pixel 6 series last year. We’re not quite sure at the moment, but Google promises fast performance. Rumor has it that the new chipset may come with Samsung Exynos 5300 modem.

The handset is reported to have a 6.7-inch QHD+, LTPO LED display with a refresh rate of 120Hz. Triple rear camera setup has been given in the handset. The phone will have 48-megapixel telephoto cameras on the rear with 50-megapixel primary, 12-megapixel ultrawide and 5x optical zoom. To give power to the handset, 5000mAh battery will be available.

The standard Pixel 7 smartphone will get a 6.3-inch FullHD + 90Hz OLED display. This Pixel phone will have a dual-camera setup. A 50-megapixel primary and 12-megapixel ultrawide camera can be given on the rear in the handset. The handset may pack a 4700mAh battery with 30W fast charging. Along with this, Android 13 OS will be given in Pixel 7 series.