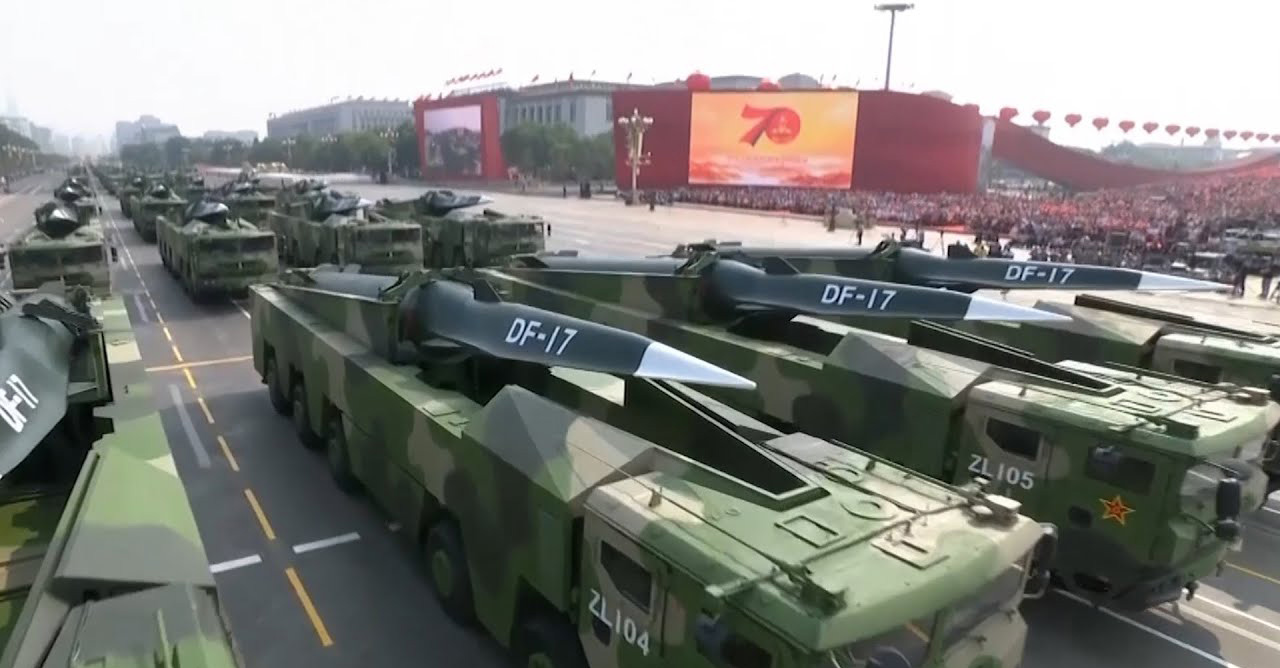 The Rocket Forces of the People’s Liberation Army of China (PLA) on their official account on the Chinese social network Weibo posted a good night wish to the citizens of the country late last night with a photo of the DF-17 hypersonic weapon.

“You can always trust the PLA. Your faith in me means the confidence of the motherland in me. Good night, little “fiery” comrades!“- said in a short entry. Attached to the post is a photo of the parade on Tiananmen Square, held on October 1, 2019, in honor of the 70th anniversary of the founding of the PRC. It shows more than ten DF-17 launchers moving down Beijing’s main street, Chang’anjie Avenue.

The DF-17 complex is a mobile medium-range ballistic missile launcher – it is used to launch the DF-ZF hypersonic glider, which develops speeds in the range from 6000 to 12000 km / h and is able to maneuver during the flight.

In general, China does not like to advertise its developments, especially hypersonic ones, but, firstly, the DF-17 was already “lit up” officially in 2019 (although this weapon is participating in the ongoing exercises for the first time), and secondly, in connection with the planned visit of the speaker House of Representatives Nancy Pelosi to Taiwan China wants to signal that it is not at all happy about this. Obviously, in China they consider the demonstration of hypersonic weapons, which have become on alert, the best argument of persuasion.