Going to buy new Royal Enfield Hunter 350, then know these 5 special things about it 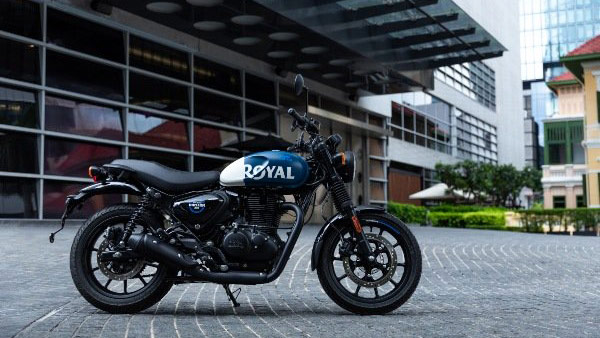 The Hunter 350 gets the J-platform engine from Royal Enfield, which is also offered in the company’s other models like the Meteor 350 and Classic 350. Its 349cc, 2-valve, air-cooled, single-cylinder engine produces 20.2 bhp power at 6,100rpm and 27Nm of torque at 4,000rpm, same as other models.

The Hunter 350 scale gets much lower figures than the other stable models from the company and that is because it gets new components. Royal Enfield says that the weight has been saved mainly in areas like chassis, exhaust system, wheels and bodywork.

Switchgear also varies with the retro getting more basic hardware. ABS is standard across the board. But as a result of its rear disc brake, the Metro gets a dual-channel system, while the Retro comes with a single-channel unit.

The main difference between the variants comes from the level and base of their equipment and hence, they are priced differently. The entry-level Retro variant gets wire-spoke rims with thinner tubed tyres, a drum brake at the rear, a halogen tail lamp, a more rudimentary tubular rear grab rail and single-channel ABS.