Gogoro’s electric scooter will be introduced in India on November 3, know in detail 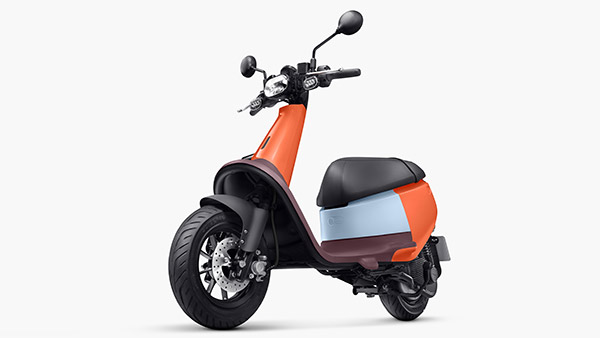 Taiwanese company Gogoro is already working with Hero MotoCorp to build vehicles and strengthen swapping infrastructure. Let us tell you that Gogoro is known for producing electric scooters with both low and high speed.

Apart from this, Gogoro’s huge network of battery-swapping makes Gogoro a distinct identity, the company will also do this in India. If its scooters are launched in India, then it will give tough competition to the electric scooters of the company like Ola Electric, Hero Electric, Okinawa and TVS Motor.

The Gogoro company sells small and affordable electric scooters called Viva. It gets a 3 kW hub-mounted electric motor, with the help of which it gives a range of 85 km if you drive it continuously at a speed of 30 km/h. Since it has a hub motor, it generates 85 Nm of torque.

This scooter looks great colourful. The front design is reminiscent of a picture of Marilyn Monroe. If Gogoro will launch it in India then its price can be around 75,000 to 80,000 rupees.

Looking at the sales in September 2022, it is known that Ola Electric is the only two-wheeler electric scooter that can compete with it. Recently Ola has launched its most affordable electric scooter S1 Air. Indian companies are aggressively expanding their portfolio, even entering four-wheeler EVs.

The Gogoro brand may launch its Gogoro S1 scooter in India to compete with Ola’s S1 Pro. Which costs Rs 1.50 lakh, ex-showroom. It is quite a stunner to look at and features a minimalist design.

Gogoro’s S1 has all the features a modern electric scooter should have. It is said that it is also not behind mechanically. It gets a 7.2 kW motor which is mounted on an aluminum monocoque chassis. It is capable of delivering a peak torque of 27 Nm. It gives a range of 150 km at a constant speed of 30 km/h.