Goa has the maximum number of cars, Bihar has the least; Anand Mahindra told data from Kashmir to Kanyakumari 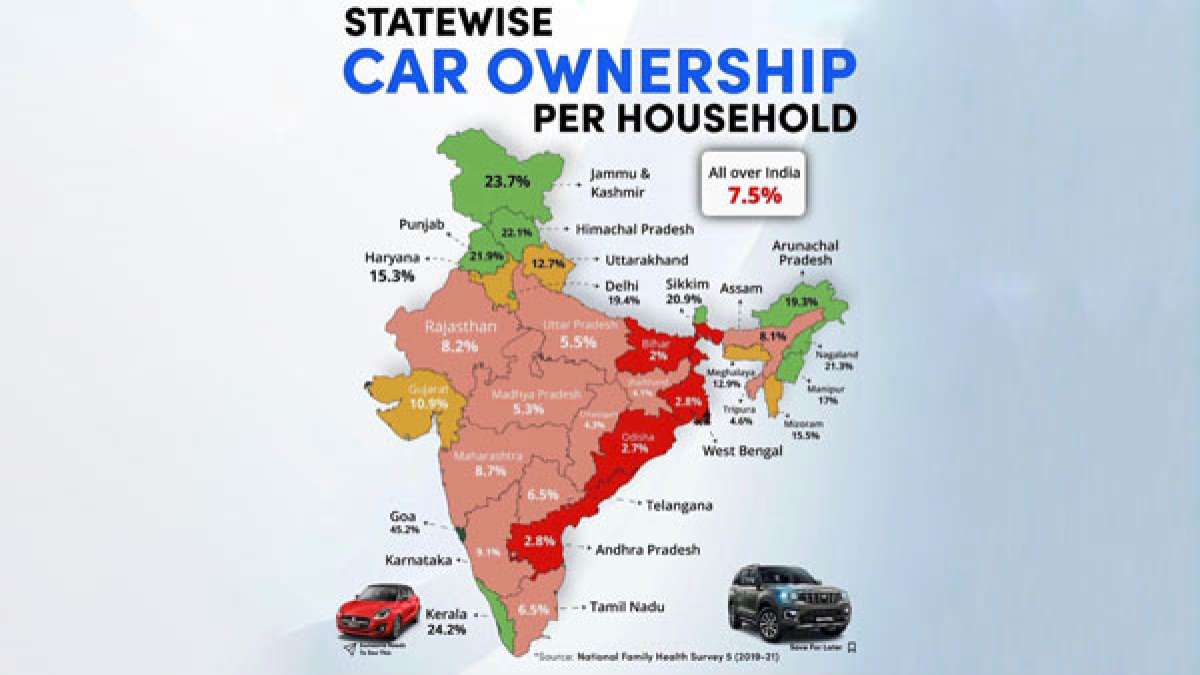 Anand Mahindra, chairman of the car company Mahindra, is often in the headlines due to his tweets on social media. In such a situation, he has made a new tweet, in which he has shared the map of India, in which the percentage of people who have cars in which state in the country has been told.

This data has been told on the basis of the 2019-21 report of the National Family Health Survey, on the basis of which 7.5% of the total households in the country have one or the other car. So let us know in which state of the country what percentage of car owners are there?

States with the fewest cars

People are reacting on social media

After sharing this map, Anand Mahindra asked people what would they say after seeing this map. On which some users say that states like Maharashtra, Uttar Pradesh, Gujarat have good public transport, while hilly states like Arunachal Pradesh lack infrastructure, so people have more cars there.

Apart from this, a user has written that, “This may be due to heavy tax and high cost of vehicles.”