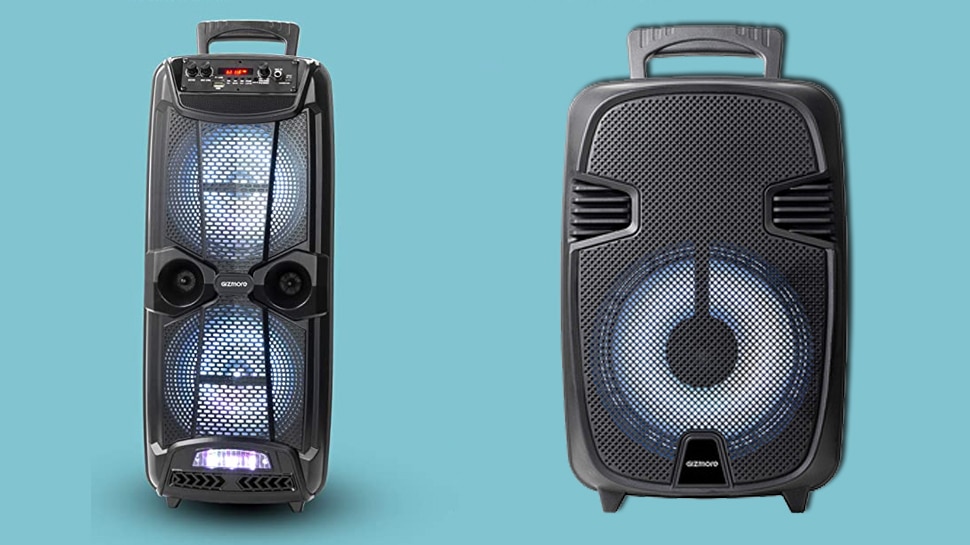 New Delhi. Gizmore Launches Trolley Speakers: Indian wearables and audio accessories brand Gizmore recently launched two new trolley speakers in India, whose model name is Wheelz T1501N and T1000 Pro. The major feature of both is that they are available at affordable prices and are specially designed for parties. Talking about the design, they have a simple design, as we have seen in other portable speakers from leading brands. Below you can see the Gizmore branding and the speaker also gets LED glow light to create a different level of ambiance in the room. let’s know

The Gizmore Wheelz T1501N speakers offer Bluetooth connectivity with tap control. The speakers come with an 8-inch subwoofer and 20W speakers for audio output. Remote-control functionality and wireless music playing are other key features. It draws power from a 3600mAh battery, which can last up to 4 hours on a single charge.

Wheelz T1000 Pro speakers come with multiple audio settings that resonate with the environment and produce high quality audio in both indoor and outdoor environments. The speaker can be charged via power bank or USB cable. With these, users also get wired microphones. The speaker is powered by a 2200mAh battery, which can last for hours on a single charge.