Get a GeForce RTX 3090 for $125? A Japanese store has launched a lottery that gives you the opportunity to get a top-end video card very cheaply. 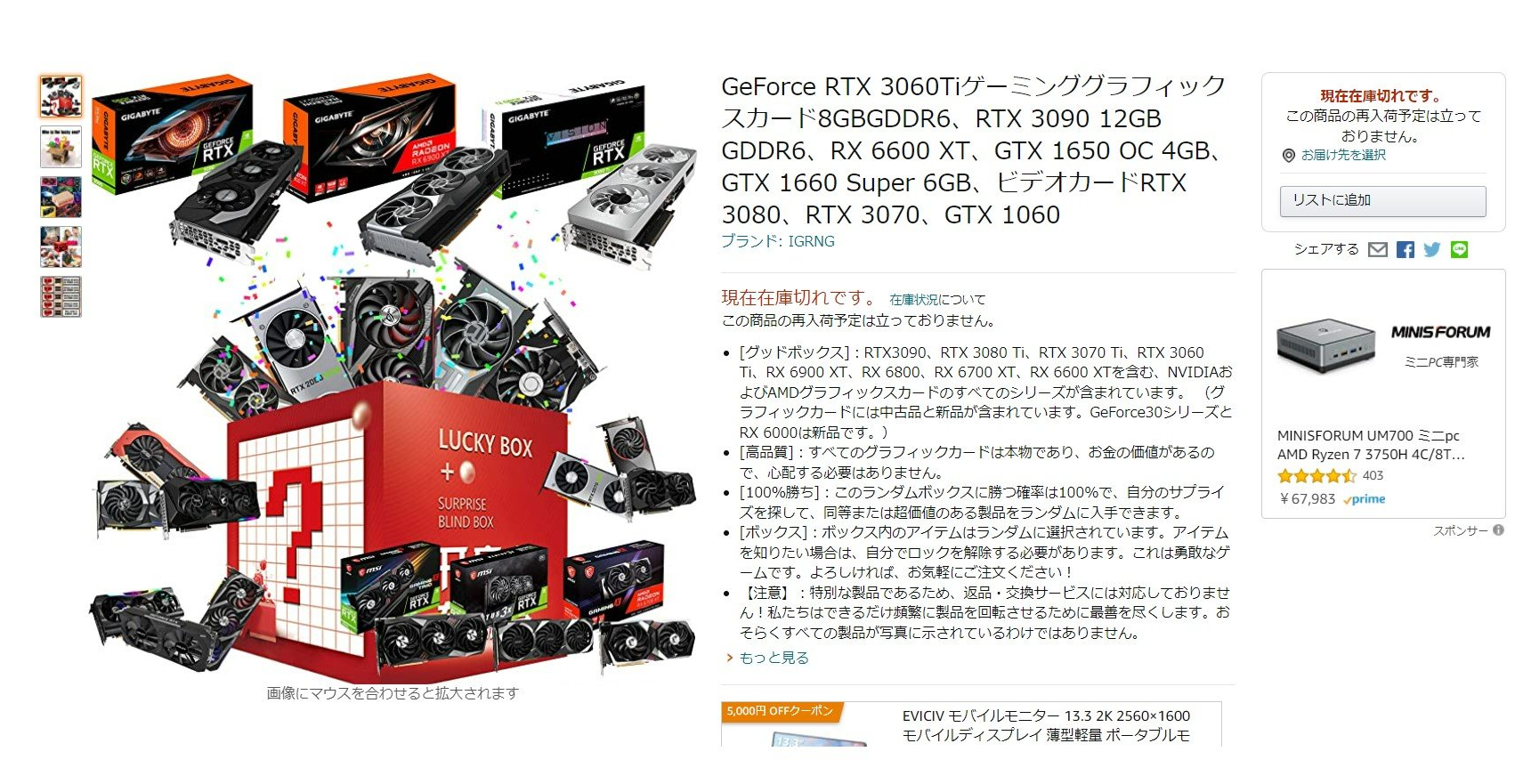 Modern video cards, especially top-end ones, scare away with their price, but life in conditions of shortage leaves no other choice: you have to pay two or three times more for 3D accelerators. However, some video card manufacturers and sellers periodically launch various kinds of promotions, during which you can get the coveted video card either for free or for minimal money. The other day we already talked about the draw GeForce RTX 3080 Ti in China, and now – about the original lottery of the Japanese company.

Everything is very simple here: users are offered to buy a “blank box” for the equivalent of $125. In it, for sure, some kind of video card, but it is not known which one. This can be the GeForce RTX 3090 (however, by mistake of the seller, its memory capacity is indicated as 12 GB), and the Radeon RX 6900 XT, and the Radeon RX 6600 XT, and the GeForce RTX 1650. In general, there are many options, and which one is inside a particular boxes – only the user himself will know when unpacking.

The store emphasizes that all video cards are genuine and worth their money, but goods purchased in this way cannot be returned or exchanged.