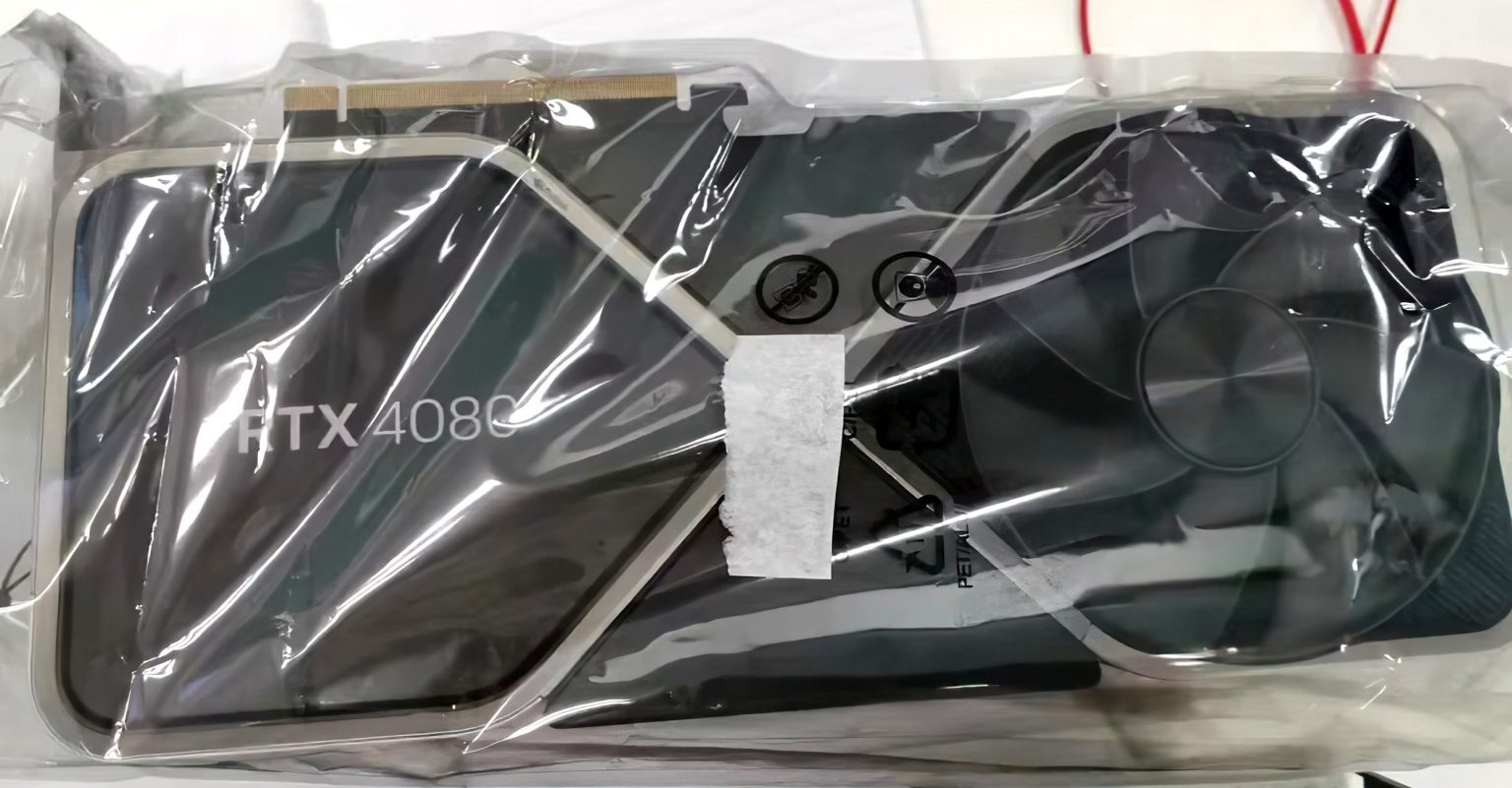 One of the Twiiter users published a live photo of the GeForce RTX 4080 video card. Actually, there is no evidence of a leak (for example, from other insiders) yet, and only the inscription on the package indicates that this is the RTX 4080. By the way, it is made in a new font – it differs from the font that denotes the models of the RTX 30 line.

It is not yet clear whether the photo really shows the GeForce RTX 4080, but if so, then the video card is very similar to the GeForce RTX 3090 Founders Edition. Apparently, the cooling system here is two-slot.

Rumor has it that Nvidia has delayed the release of Ada Lovelace models due to the high inventory of current series GPUs. It is expected that only the GeForce RTX 4090 (or 4090 Ti) will debut before the end of the year, and all other video cards (primarily the GeForce RTX 4080 and RTX 4070) will be released early next year.