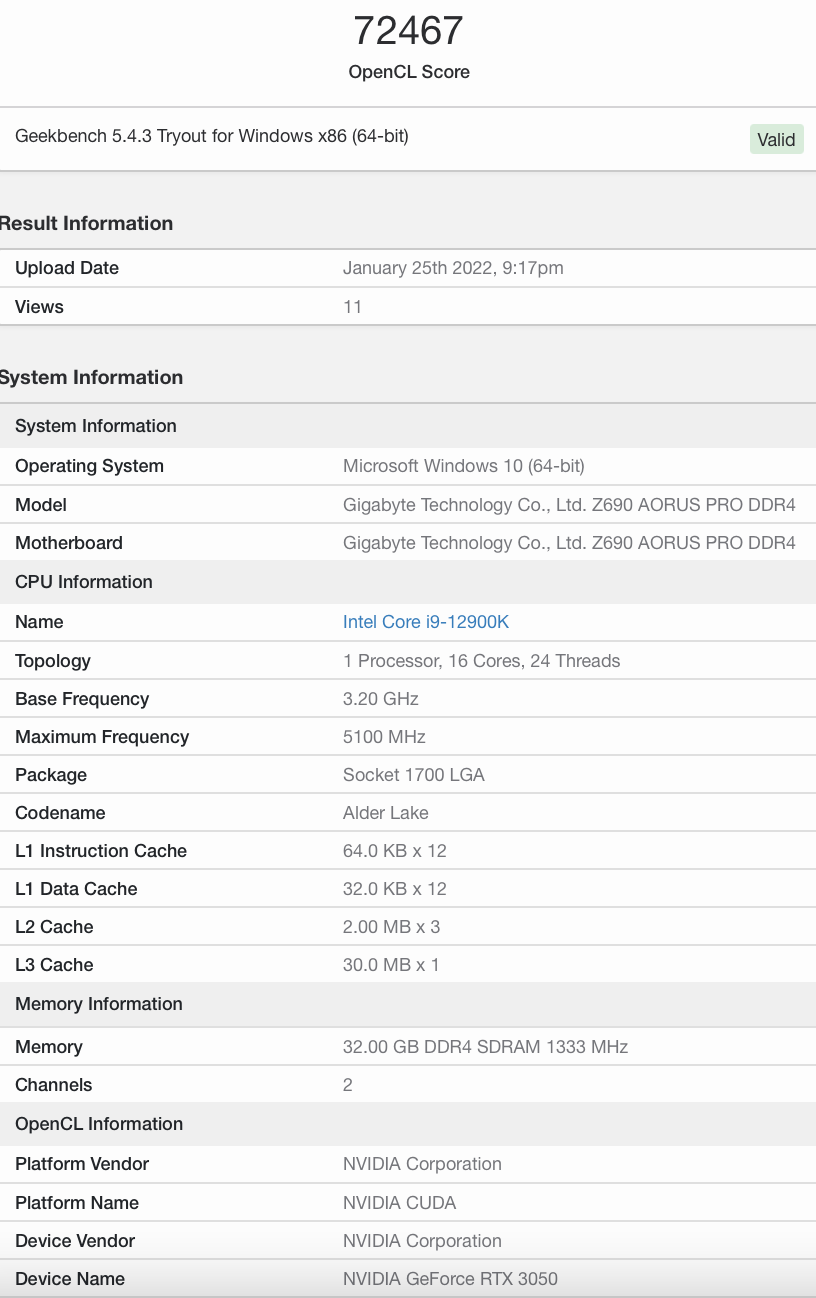 Data published yesterday The GeForce RTX 3050 was said to be faster than the competitive Radeon RX 6600 in games, but noticeably slower in the 3DMark benchmark. Well, now Nvidia’s new product has been tested in another benchmark, Geekbench, and here the AMD 3D card no longer has a significant advantage.

Recall that sales of the GeForce RTX 3050 will start tomorrow, and the first detailed tests of the novelty will be published later this evening.