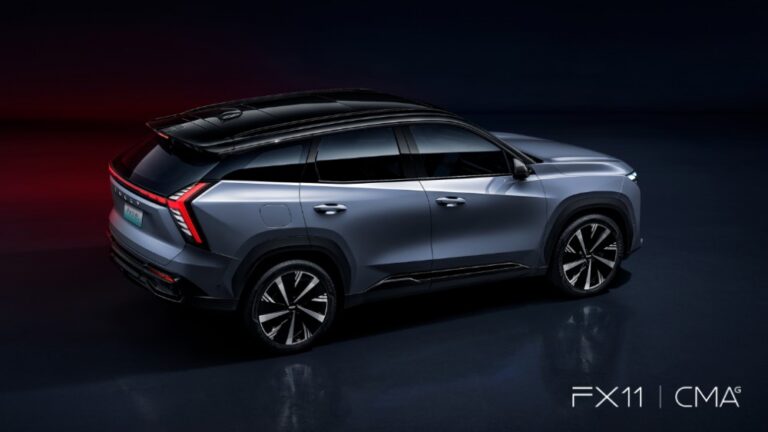 Geely for the first time showed the new Atlas crossover, which will be radically different from the current model and will become a full-fledged hybrid.

The car is already undergoing sea trials, but only now official images have been published. The car resembles the futuristic electric concept car introduced last year. Vision Starburst. From the concept, the new Geely Atlas took, first of all, the design of the front and rear optics and the design of the radiator grille, as well as the line that abruptly “breaks” in the area of ​​​​the second side door.

In addition, Chinese users drew attention to the similarity of the new Atlas with the Cadillac Lyric electric crossover. Moreover, Geely is not accused of plagiarism: the fact is that the company simply owns this American brand.

Geely Atlas of the new generation is currently positioned only as a hybrid. He should get the already well-known Thor Hi-X system. Previously, it was tested on the Monjaro crossover, built on the same CMA platform. This car has been dubbed by some reviewers as one of the best hybrids that travels up to 1300 km.

Earlier it was reported that the new generation Geely Atlas will receive the GEEA 2.0 computing platform, which is responsible for the smart functions of the car. It is already being used by Geely Monjaro to operate the L2 level self-driving system. The car can independently park, detect obstacles on the road, change lanes and so on.