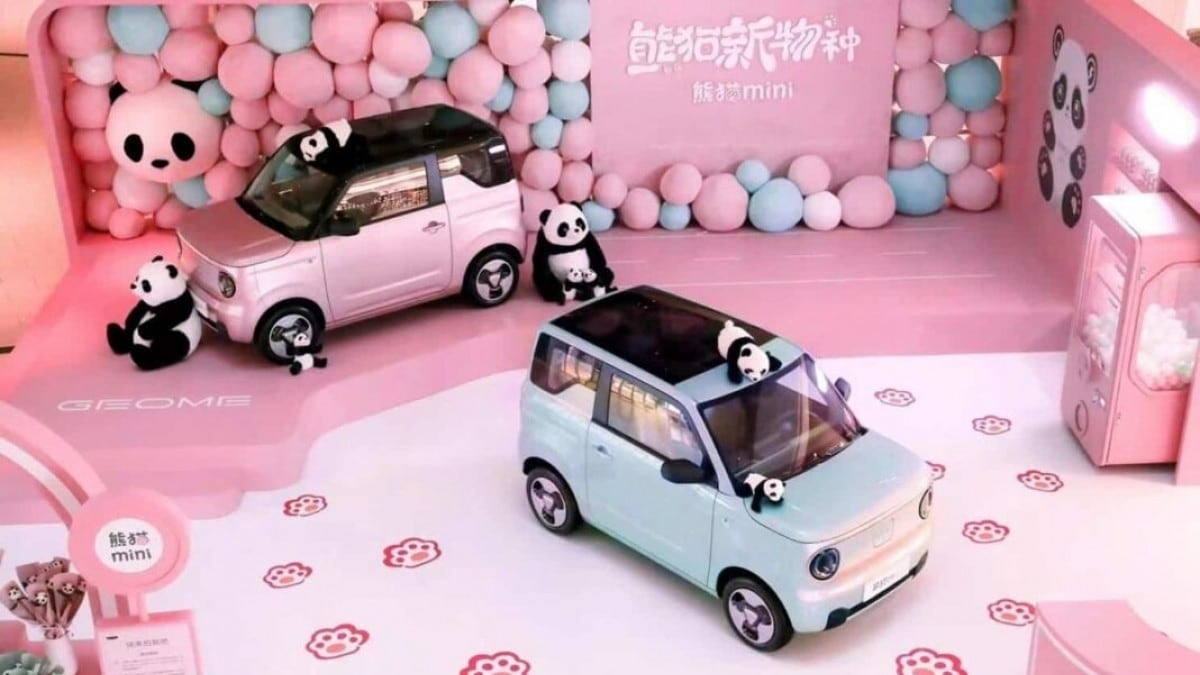 Chinese automaker Geely has launched its mini electric car Panda Mini EV in China. The new EV is even smaller than the Tata Nano. The Geely Panda measures 3,065 mm in length), which is shorter than the Nano’s 3,099 mm. This car has a 30kW capacity electric motor, which is connected to an LFP battery pack. The full charge range of the car is said to be 150 km.

Gizmochina’s accordingGeely launches Panda Mini EV in China electric mini car Has been launched, whose price information has not been given by the company, but it is believed that the car can be launched in the country between $ 5,700 (about Rs 4.70 lakh) to $ 7,200 (about Rs 5.94 lakh). The company says that the car will be available next year 2023.

Talking about the powertrain, the Panda Mini EV Gets a 30kW capacity electric motor, which is powered by an LFP battery pack. At present, the company has not disclosed the capacity of the battery pack, but its full charge range is said to be 150 Km.

The Panda Mini electric car is a very compact car, which you can guess from the fact that its length is smaller than the Tata Nano, once popular in the country as Lakhtakia. While the Tata Nano measures 3,099 mm in length, the Panda Mini electric car measures 3065 mm in length. already in china market mini car Is dominant and if Geely launches this car around the estimated price, then definitely this car can survive the competition in the country.

The electric car features a blacked-out grille with ‘Geome’ written on the charging door, which is a reference to the name of Geely’s sub-brand (Geometry). Several media outlets have said in the recent past that the Panda Mini EV will originally be launched under the Geometry, but the management has finally introduced it under the Geely banner.