Geely has released official photos of the 2023 Haoyue L crossover. It looks like an Audi Q6 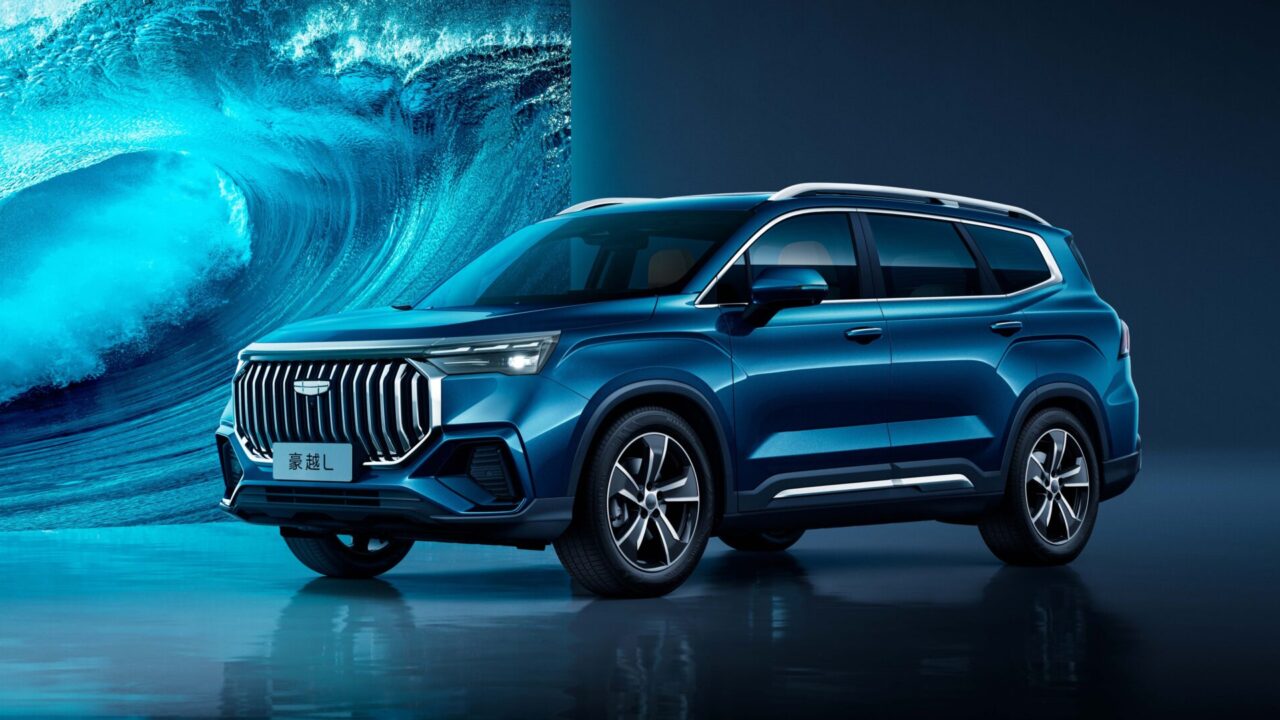 Geely is preparing to release Geely Haoyue L 2023 model year. The new mid-size seven-seat crossover should debut before the end of 2022, but the manufacturer has already declassified its appearance.

Geely has published a series of official images of Geely Haoyue L, revealing the interior and exterior of the new crossover. As the name implies, Geely Haoyue L will be an upgraded version of the current Geely Haoyue with larger dimensions and richer equipment. The length of the new car will be 4860 mm, width – 1910 mm, height – 1770 mm with a wheelbase of 2825 mm.

Externally, Geely Haoyue L is distinguished by a large radiator grille with vertical slats and wide side air intakes and thin LED optics. The Chinese media write that Haoyue L is similar to the Audi Q6. And indeed, despite some nuances, the cars are really similar in the design of the front.

There are even more changes in the cabin. There were perforated leather seats, a multimedia system with a 12.3-inch display, a 10.25-inch digital instrument panel and a new gearshift lever.

Under the hood, the Geely Haoyue L 2023 model year will have a 2-liter engine with 218 hp. and a torque of 325 Nm, like the Geely Atlas L. The motor will be accompanied by a seven-speed dual-clutch gearbox.