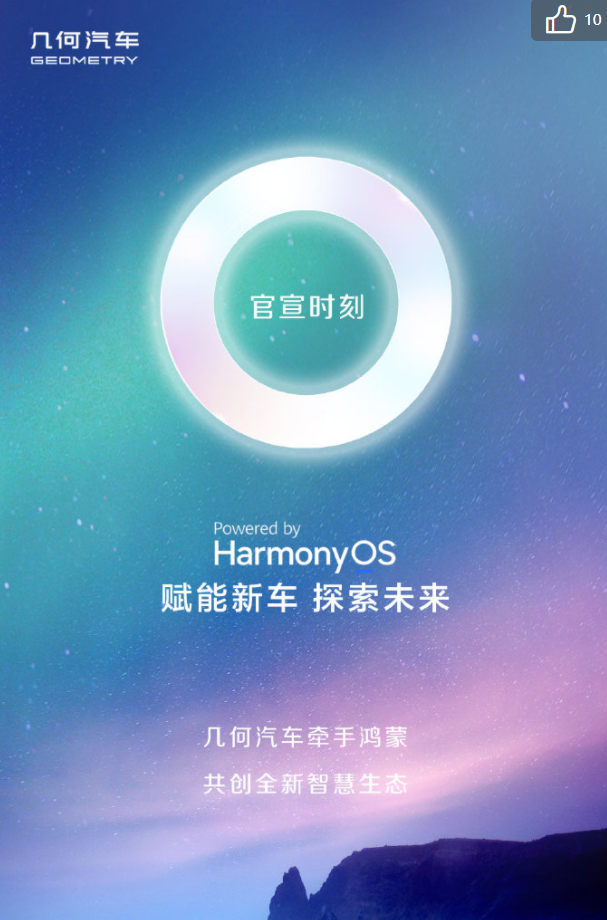 Geely, through its official page on the Weibo social network, announced that Geometry brand vehicles (and these are exclusively electric vehicles) are moving to the Huawei platform. Huawei has both hardware and software platforms for electric vehicles, in this case we are talking about the second.

In the teaser, Geely showed the interior of a promising electric car – the first with the Huawei HarmonyOS Smart Cockpit system. Geely has three models under the Geometry brand – A, C and E. The picture, apparently, appears on the fourth. She will receive a large touch screen on the front panel and a large projection display.

There are no more details about Geely’s upcoming electric car, but as far as the HarmonyOS Smart Cockpit is concerned, it’s a pretty smart system. So, for example, it automatically turns on the dark theme of the media system design depending on the time of day, and also automatically turns on air recirculation at the entrance to the tunnel. The tight integration of HarmonyOS Smart Cockpit allows you to display the navigation running on your phone anywhere – even on the projection screen, even on the dashboard, even on the central display of the media system. And this, of course, is far from all its possibilities.