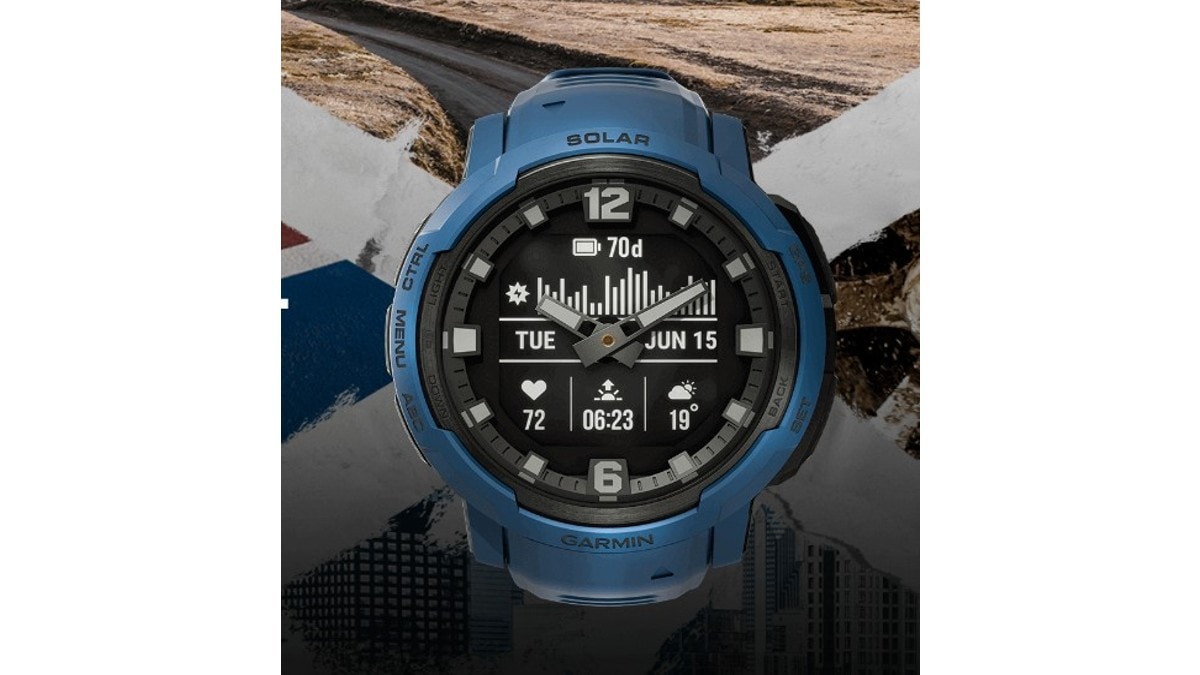 As mentioned earlier, the Instinct Crossover has also been given thermal and shock resistance. This watch comes with MIL-STD-810 military certification. Along with this, water resistance has been given up to 10 ATM (100 meters). In this, the company has used the new Revo Drive analog hand technology, so that it can do autocalibration and give accurate data to the users.

Whereas, talking about Garmin Instinct Crossover Solar, it comes with a 2.7-inch display. Apart from all the features of the above model, it comes with another special feature. As the name suggests, it is a solar smartwatch that supports solar charging. According to the company, it can give up to 70 days of battery backup. While the Instinct Crossover is said to have a battery life of up to a month in smartwatch mode. It is said to deliver 110 hours of backup in GPS mode.