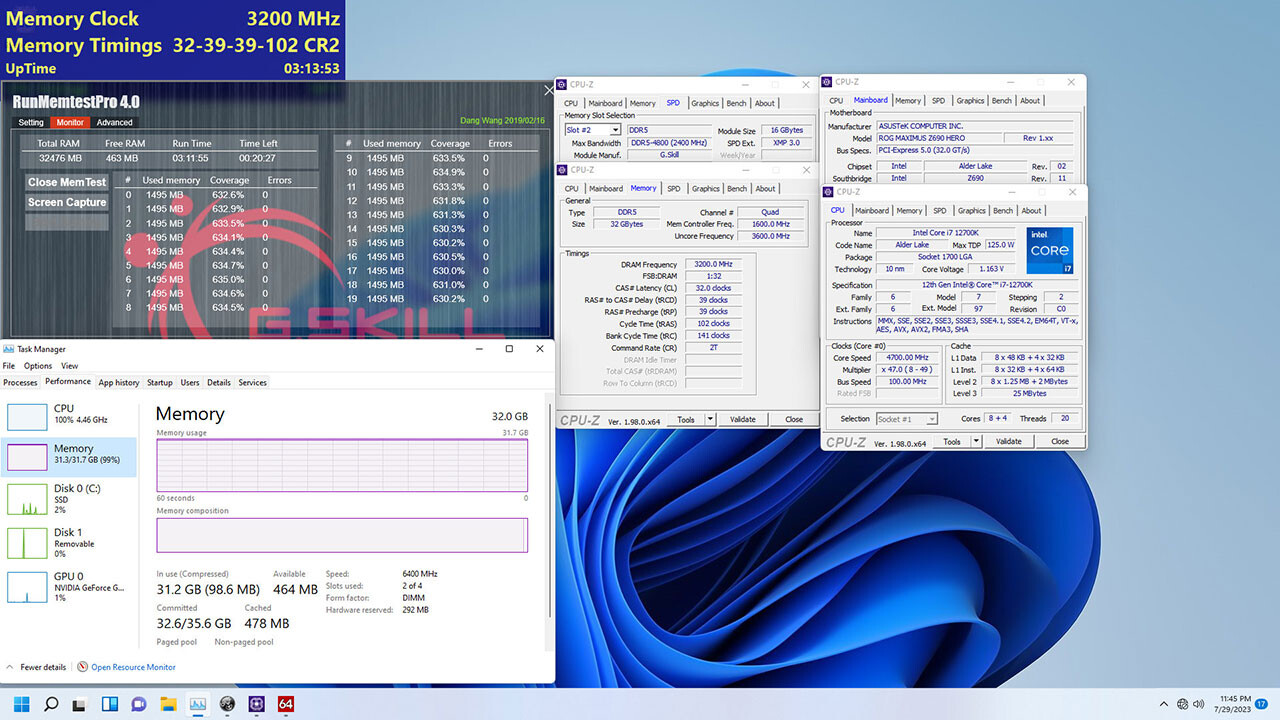 G.Skill announced the release of DDR5-6400 memory modules, which are included in the Trident Z5 and Trident Z5 RGB series. These modules operate at a supply voltage of 1.4 V with delays CL32-39-39-102. They are offered in sets of two pieces with a total capacity of 32 GB. These modules are designed for use in systems based on the Intel Z690 chipset and 12th generation Intel Core processors.

The manufacturer provided a screenshot that confirms the operation of the modules installed in the slots of the Asus ROG Maximus Z690 Hero motherboard. The configuration also includes an Intel Core i7-12700K processor.

The manufacturer assures that the modules can already be bought, but does not give prices.