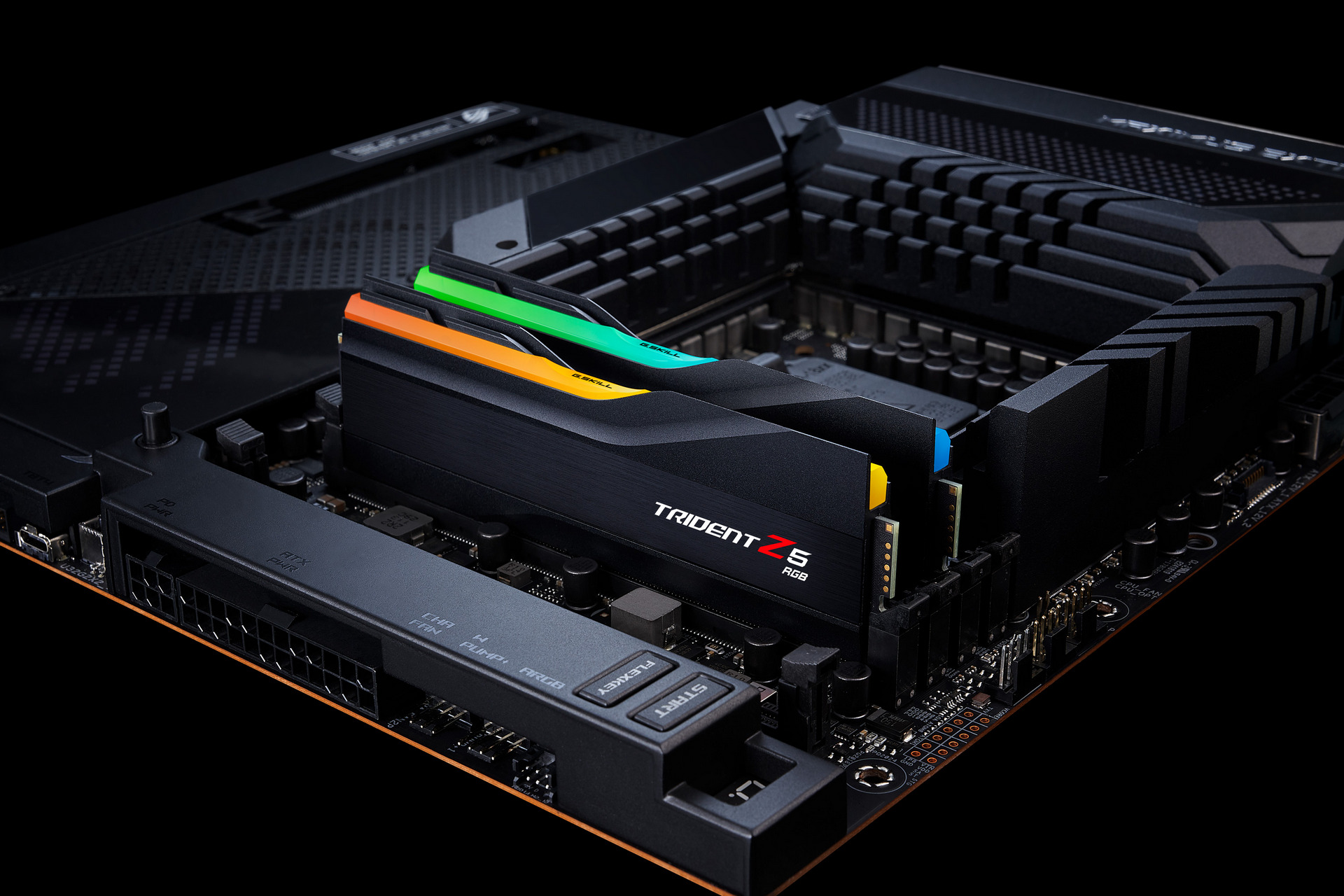 G.Skill announced the release of kits that include two DDR5-6600 memory modules with a total capacity of 32 GB. The manufacturer notes that these modules of the Trident Z5 RGB series, designed for desktop PCs based on Intel Z690 chipsets and 12th generation Intel Core processors, operate with “ultra-low” latency CL34-40-40-105.

The screenshot shown in the press release for the release of the kits was taken on a computer based on the ASUS ROG Maximus Z690 Hero motherboard and an Intel Core i7-12700K processor.