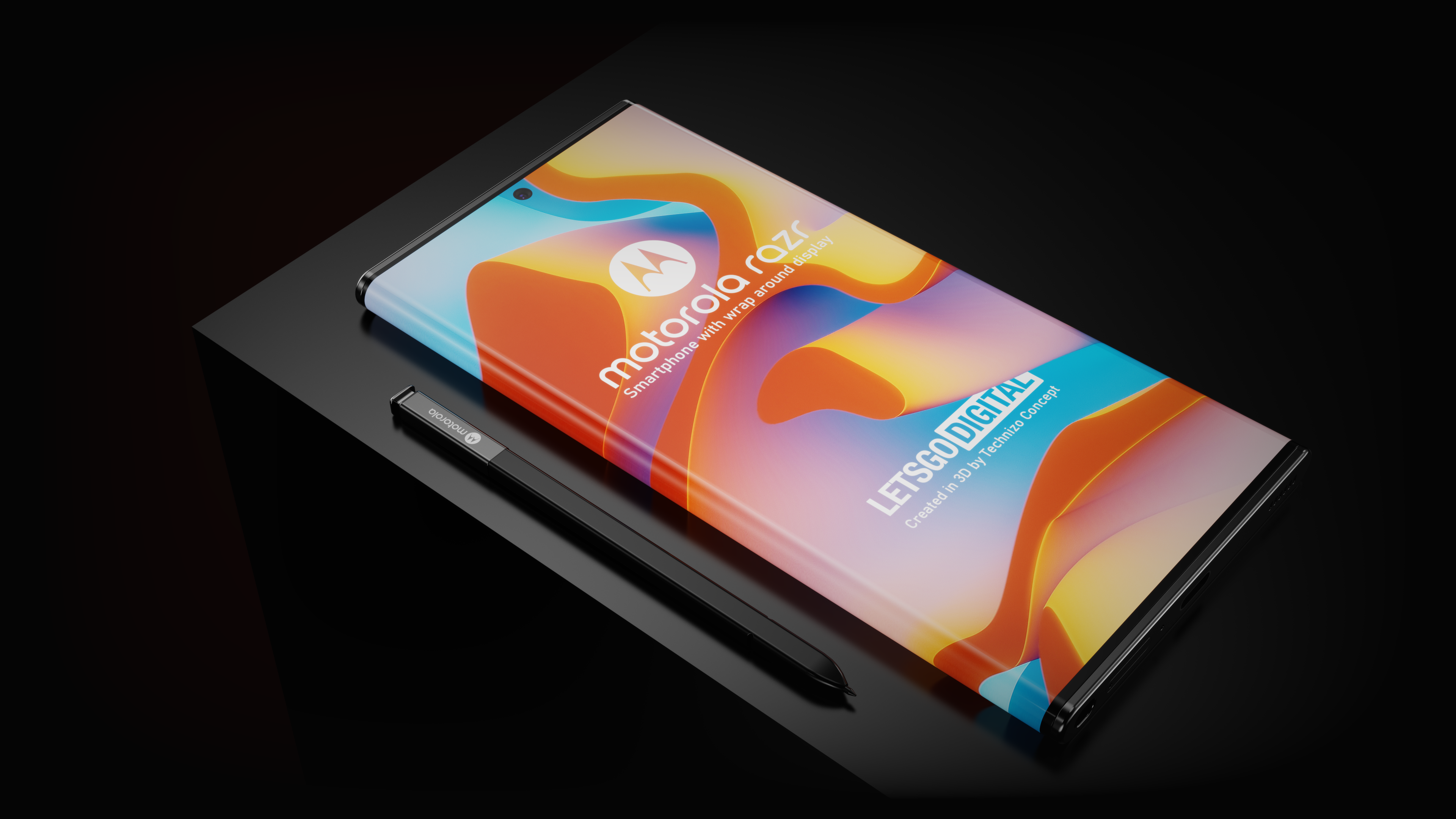 Motorola is working on an unusual smartphone with a fully wraparound screen and stylus support. This information was found in the patents registered by the company.

At first glance, the phone looks like Xiaomi Mi Mix Alpha, however, in a Motorola smartphone, the screen completely covers the entire back, as well as the front and sides. One physical button (power) is located on top, the rest of the buttons are on-screen.

The bottom provides access to the SIM card compartment and USB-C port. The microphone and speaker are also located at the bottom. Above, there is an additional microphone and speaker, as well as the aforementioned button to turn on and lock the smartphone. It is not yet clear whether the smartphone will receive a main camera, but the front camera is embedded in the central upper part of the display.

In addition, the patent documents refer to touch controls. There are already several phones in the Motorola line that support the stylus, so it is possible that new smartphones will also support this input method.

The patent says it doesn’t matter how you get your phone out of your pocket. The sensors record the position of the smartphone in the hands, after which the interface is automatically configured. This also changes the location of the virtual buttons.

Of course, the question of the reliability of such a solution arises, because if the smartphone falls, it will almost certainly break, and replacing the screen will cost a lot of money. Mi Mix Alpha was the first and so far the only smartphone with a wraparound screen. In 2019, it was even announced that it would cost more than € 2,550, but the smartphone never went on sale. The main constraints were cost and reliability.

Share
Facebook
Twitter
Pinterest
WhatsApp
Telegram
Previous articleRealme 9i Launched With 5000mAh Battery – 50MP Camera, See Price, Features Everything
Next articleiPhone will rise in price: the prices of all models of the iPhone 14 line are named
RELATED ARTICLES
Digit News