Full tests of the GeForce RTX 4090 have been published. The card isn’t even close to twice as fast as the RTX 3090 Ti, but it’s still out of reach 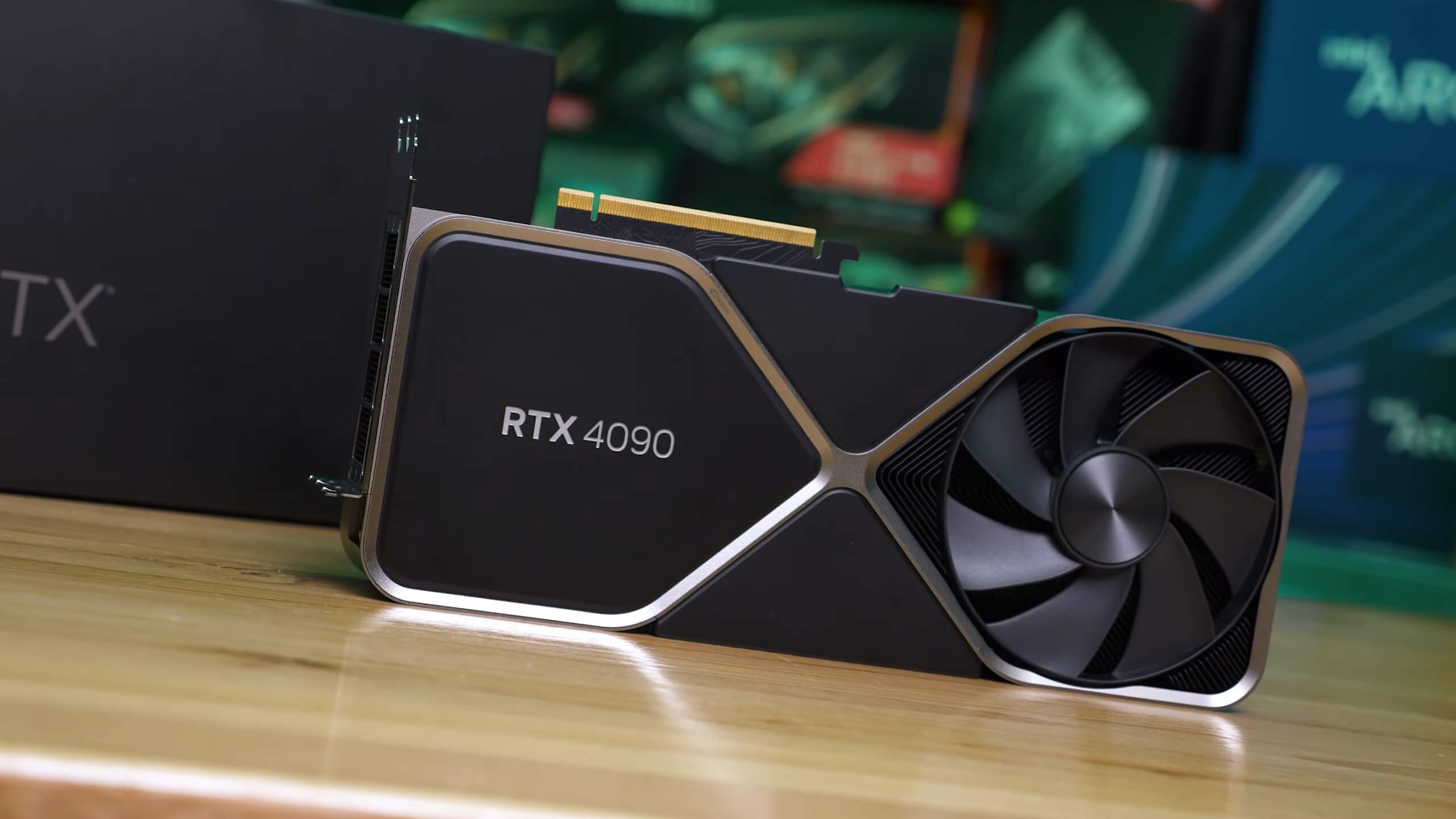 So, various thematic resources have published their reviews of the GeForce RTX 4090 video card. Our website already has a detailed analysis of the architecture, and game tests will appear a little later, so now you can evaluate what our colleagues did.

Let’s take the TechPowerUp review as one of the most detailed ones as a basis. We will also immediately discard all resolutions except 4K, since the capabilities of such a productive card for lower resolutions are mostly unnecessary.

So, as you can see, the GeForce RTX 4090 is head and shoulders above all existing 3D cards, and at least until the release of the Radeon RX 7900 XT or RX 7950 XT, it is the new Nvidia that will lead this market. The increase relative to the RTX 3090 is about 65%, and the new product bypasses the RTX 3090 Ti by 45-50%. This is very, very much, this is perhaps the most impressive increase in performance when switching to a new generation, but, firstly, do not forget about the price, and secondly, it is worth remembering that Nvidia itself promised an increase of two to four times . Almost immediately it became clear that this was impossible, and without DLSS 3 such a comparison by Nvidia could not have done, but now we see that in pure performance mode, the RTX 4090 outperforms the RTX 3090 Ti by only 50%, that is, half as much as the minimum value promised by Nvidia. Thus, there are no complaints about the new card, neither in absolute nor in relative terms, but they are against Nvidia and its marketing.

Returning to performance, on average in 4K at maximum graphics quality settings without taking into account ray tracing, you can count on 150 fps. The worst value was recorded in Cyberpunk 2077 – 71 fps. From other reviews, it is clear that the performance is at about the same level in Microsoft Flight Simulator. In all other games, it is either close to 100 fps, or significantly higher. That is, the RTX 4090 is the first graphics card on the market that can handle any game in 4K at maximum settings (without tracing), always delivering above 60 fps. Perhaps even at 8K, this card will do well, but such tests need to be waited for.

If we talk about the use of ray tracing, there are two points worth highlighting. Firstly, without DLSS in the same Cyberpunk 2077, even the new Nvidia monster produces only 42 fps. True, this is almost twice as much as the RTX 3090 Ti, and this is generally the only playable result among all 3D cards on the market. In other games, everything is much better, and you can get a minimum of 60 fps and above. Secondly, the RTX 4090 loses less in performance than Ampere cards, or even more so AMD solutions. But the difference is not huge. For example, in the same Cyberpunk 2077, when ray tracing is activated, the performance of the RTX 4090 drops by 41%, while for the RTX 3090/3090 Ti it decreases by 49-52%. In some games, the difference is much smaller.

To evaluate the performance of DLSS, including the latest DLSS 3, it is best to contact colleagues at TechSpot.

As you can see, activating DLSS 3 allows for a very significant increase in performance compared to DLSS 2, and even in Cyberpunk 2077 in 4K it is possible to get almost 120 fps. Regarding the mode without DLSS at all, activating the new version of the technology allows you to almost triple the performance, which is simply incredible.

For example, this particular game on the Radeon RX 6950 XT, even with FSR activated, with ray tracing effects turned on, works on the verge of playability within 25-27 fps.

But the RTX 4090’s performance isn’t the only thing that impresses. Despite all the early rumors and leaks, Nvidia has managed to achieve incredible power efficiency. The RTX 4090 consumes less than the RTX 3090 Ti or even the RTX 3080 Ti in games, delivering much more performance. The result is that the power efficiency of the card is about twice as high as its predecessors and about 50% higher than that of the RX 6000, although here, of course, you need to wait for the RX 7000. In any case, 350 watts with such incredible performance is definitely a very important achievement for Nvidia .

Thanks to its energy efficiency, the new cooling system proved to be sufficient. In the GPU tests, the cards heat up to about 75 degrees, and the memory to 85 degrees. And at the same time, CO makes less noise than many other adapters.

But the whole picture, though not collapsing, is seriously spoiled because of the price. The recommended value for the RTX 4090 is $1,600. Yes, at the start, the same RTX 3090 Ti was estimated at all at $ 2,000, but again there are two aspects. Firstly, Nvidia itself initially positioned even the RTX 3090 as not quite a gaming device, claiming that the RTX 3080 is the flagship. And the RTX 3090 Ti was more of an experimental product. Secondly, if we start from real prices at the moment, then in the USA they ask for RTX 3090 from $ 950, and it turns out that the new card is both 65% faster and about the same more expensive. And the same Radeon RX 6900 XT is sold for $ 670, that is, for 76% of performance you will have to pay 140%. And this is subject to the purchase of new items for the recommended price.

As a result, we can state that the RTX 4090 turned out to be incredible in literally everything, and even the huge price cannot be called too high, it is just very high in absolute terms. Now it remains to wait for the release of the Radeon RX 7000 cards to see if the new Nvidia remains just as out of reach, or if AMD will again be able to catch up, and in some ways overtake the competitor.

Jio users bat! A low-priced plan, benefits to Airtel users will be jealous of knowing